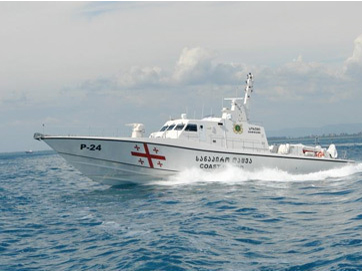 Two ships of the country’s coast guard, which is part of the ministry structure, and the Standing NATO Maritime Group 2 were involved in action off Georgia’s western coast.

The ministry said two Island-class patrol boats of the GCG, Dioskuria and Ochamchire, entered the joint exercises with three of the four ships of the SNMG2 that entered Georgia’s territorial waters earlier this week.

From the alliance’s immediate reaction group, Regina Maria of the Romanian navy, Turkish fleet’s Kemalreis and Bulgaria’s Smeli were part of the effort.

Designed to “increase interoperability” between Georgian maritime units and their NATO counterparts, the manoeuvres have been called a “clear message of support” for Georgia by the country’s ministry.