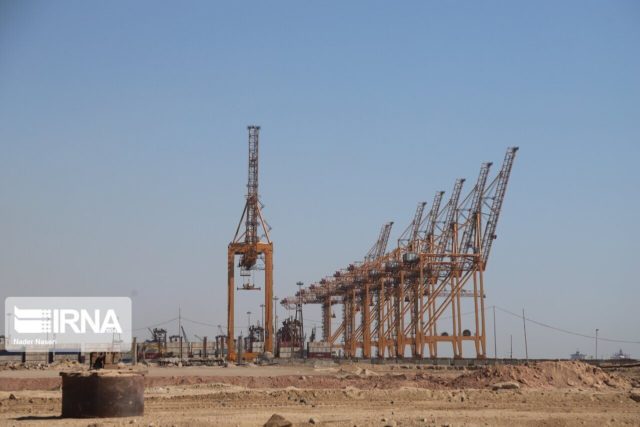 IRNA – A senior official in Ports and Maritime Organization of Hormuzgan Province said on Sunday that an ocean port plan was being prepared to be constructed on the coast of the province.

PMO Deputy for Ports Mansour Khorramshahi said that the port would be constructed on the southern coast of Iran, with a capacity similar to that of Shahid Rajai Port.

Hormuzgan Province is home to 20 active ports, including 10 commercial and cruise ports and 10 small ports, according to Khorramshahi.

He added that Shahid Rajai Port has a capacity of 60 to 70 million tons which would reach 110 million tons once the parts under construction are completed in the next four years.

The port currently operating at half capacity – 6 million TEU containers a year, is set in 2,400 acres of coastal land and the same size of land is being added to seat big companies.