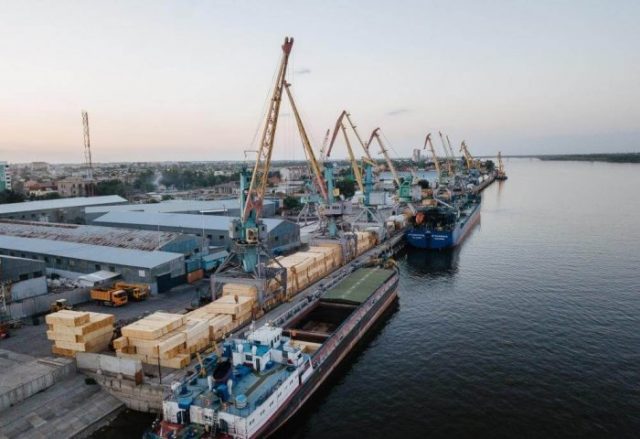 The meeting participants noted the active trade and economic cooperation in the Caspian region. (Photo: VTS-Group)

Consul of Turkmenistan in Russia’s Astrakhan city Guych Garayev and General Director of the Special Economic Zone Lotos JSC Sergey Milushkin during the meeting on Thursday discussed the aspects of opening Turkmenistan’s logistics center in the new port SEZ located in Astrakhan oblast.

The meeting participants noted the active trade and economic cooperation in the Caspian region, Turkmenistan’s official media reports. Discussing the creation of the logistics center, the sides emphasized that the SEZ is considered as a platform for optimizing commodity flows and increasing competitiveness, as well as investment activity, the formation of favorable economic instruments for the activities of forwarding and transport companies.

Milushkin supported the proposal of the Turkmen side aimed at strengthening economic cooperation in the Caspian region and Turkmen-Russian cooperation, expressing readiness to provide all kinds of assistance.

The parties plan in the near future to organize an online meeting of the relevant structures of Turkmenistan and the Astrakhan oblast for discussions of partnership in this direction.

Lotos SEZ was created in 2014 to promote the development of economy of Astrakhan oblast and Russia.