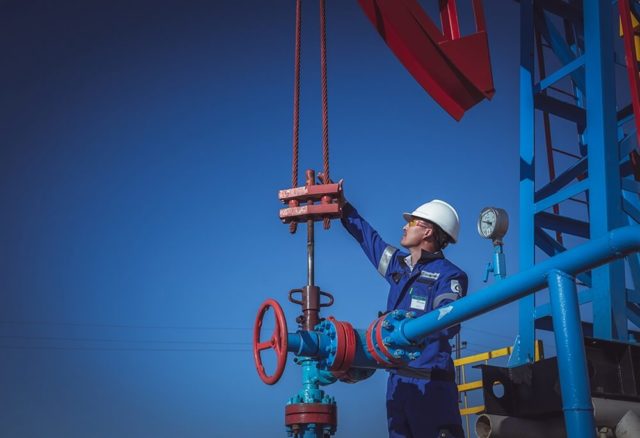 The field could be one of the largest discoveries of hydrocarbons in the nation’s post-independence history. (Photo: kmg.kz)

A new massive oil and gas field was discovered in the Kazakhstan’s Mangystau region, the country’s provincial government (Akimat) said on Thursday.

The field, which has been named after celebrated Soviet-era oilman Khalel Uzbekgaliyev, could be one of the largest discoveries of hydrocarbons in the nation’s post-independence history, according to the statement.

The hydrocarbon field, where an exploration well has yielded powerful flows of oil, is being developed by the country’s private company Meridian Petroleum.

During a meeting with Mangystau region’s Governor Serikbai Trumov, the Head of Meridian Petroleum Baltabek Kuandykov described the discovery of the field as “a truly historic event for our country.”

In turn, the Governor Trumov said the Khalel Uzbekgaliyev field would “give a powerful impetus to the social and economic development of the region and create new jobs.”

The oil in the field is reportedly low in sulfurous content as compared with hydrocarbons produced in other parts of Kazakhstan, which makes it easier to process and transport.

The Akimat said further investigations are needed to determine the potential size of reserves.

Kazakhstan’s Mangystau region is located in the southwest of the country, bordering the Caspian Sea, as well as Turkmenistan and Uzbekistan. The region accounts for 25% of the oil produced in the Central Asia’s largest country.