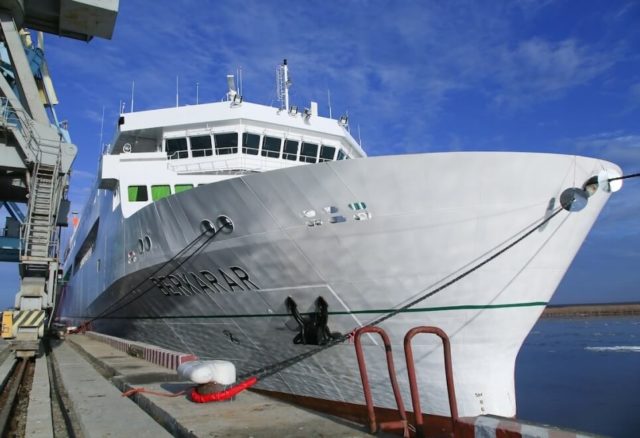 Dagestan is considering a proposal of Turkmen side to restore ferry service between the port of Turkmenbashi and the Makhachkala commercial sea port. Murad Hidirov, the Director General of the Makhachkala port, told about this in an interview with the Dagestanskaya Pravda network newspaper.

Assessing the importance of the port for Russia, the head of the port underlined that the Makhachkala sea commercial port in the Caspian is an important strategic hub in the transport system of the south of the country with the countries of Central Asia, Iran, the Caucasus and other countries of the region.

According to him, there is a ferry railway berth in the Makhachkala port, but the railway ferries now are property of Azerbaijan, which holds a monopoly in ferry traffic in the Caspian Sea and does not even lease these ferries.

“We are negotiating with potential partners from the Caspian states. In particular, there are interesting proposals from Turkmen entrepreneurs. The side stated that Turkmenistan is interested in restoration of the ferry service between Makhachkala and Turkmenbashi,” Hidirov said.

In addition, he emphasized that the transportation of Caspian oil and transportation of goods formed in Turkmenistan, Kazakhstan and Iran through the Makhachkala port, according to experts, is economically profitable and reduces the delivery time of goods along the North-South corridor.