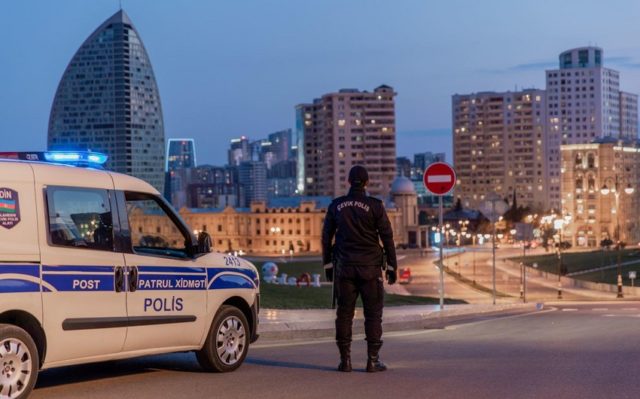 Movement restriction will be applied in Baku, Sumgait, Ganja, Mingachevir, Shirvan cities and in the territory of Absheron district, as well as in centers of Lankaran, Masalli, Jalilabad, Shaki, Zagatala, Guba, Khachmaz, Yevlakh, Barda, Bilasuvar, and Ismayilli districts (excepting villages and settlements) from 00:00 a.m on December 14, 2020, until 00:00 a.m on January 18, 2021.

Persons, working in the relevant bodies on the list determined on the basis of decision of the Cabinet of Ministers of the Republic of Azerbaijan can move in the above-mentioned territories on the basis of their service card, at the same time workers of the other organizations and bodies determined under the decision, can move after information on them are included in the “icaze.e-gov.az” website by their employers by using e-signature.

Information on employees of the relevant state bodies and private legal entities, as well as members of some voluntary organizations should be included in the “icaze.e-gov.az” website from 10:00 a.m on December 9, 2020.