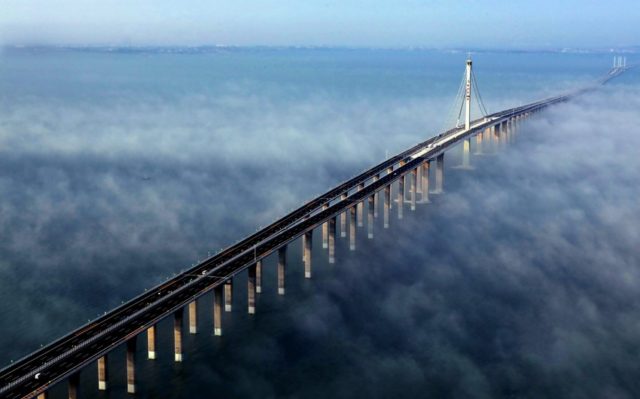 China’s 13th Five-Year Plan period from 2016 to 2020 has witnessed a giant leap in bridge development. During this period, the country has made constant bridge design and construction improvements, setting multiple world records, Report says, citing TASS.

According to the China Railway Corporation, over 14,000 railway bridges have been built to open to traffic covering 8,864.1 kilometers during the period, among which 6,392 are high-speed railway bridges totaling more than 6,343 kilometers.

It is a crucial part of the Lianzhen high-speed railway line.

The road-rail suspension bridge is 6.4 kilometers in length with a main span of 1,092 meters. Integrating an eight-lane expressway on the upper deck and a high-speed railway on the lower deck, the bridge boasts the world’s fastest running speed, the most considerable running load, and the largest span of its kind.