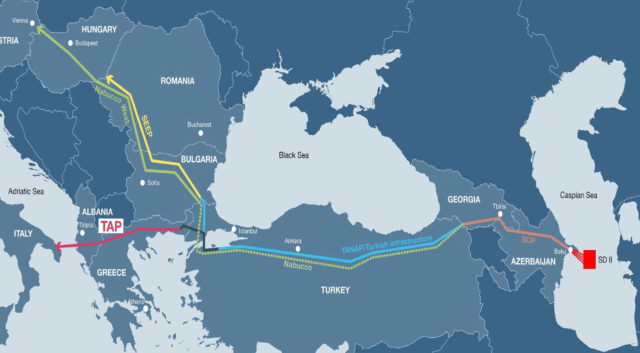 “Before the Trans-Adriatic pipeline (TAP) was built, Italian businesses were paying a higher energy price compared to their European peers,” Vugar Veysalov, head of external affairs at TAP, said in an interview with Euractiv.

According to Report, he believes that the new pipeline, which will also supply Greece and Bulgaria, will bring greater flexibility of prices.

“As the European leg of the Southern Gas Corridor, TAP will bring natural gas to Europe from a new source and through a new route, thus reinforcing the continent’s security and diversification of supplies. Volumes heading to Italy (approximately 8.5 bcm/y) will represent around 12% of the national demand for gas,” he noted.

A TAP official stressed that in South-Eastern Europe, with volumes of lesser magnitude, the gas flowing through TAP will supply between the 20% and 30% of the yearly gas demand of Greece and Bulgaria, respectively: “Depending on market conditions we are thoroughly and constantly assessing, TAP could double its capacity to 20 bcm/y with minor modifications to the system.”