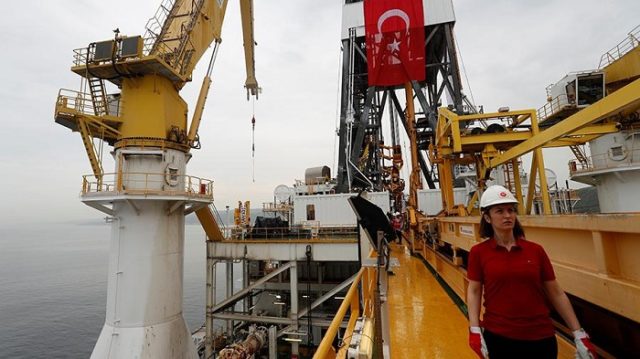 Turkey has halted survey for oil and gas in the Mediterranean and had its survey vessel back to a Turkish port, days before European Union leaders are set to discuss the possibility of EU sanctions on Turkey over its intention to drill for oil and gas in waters that EU members Greece and Cyprus consider part of their territorial waters.

The Turkish seismic survey vessel Oruc Reis has completed surveys in the Demre field in the eastern Mediterranean that began on August 10 and has now returned to the port of Antalya, the Turkish Energy and Natural Resources Ministry said on Twitter on Monday.

After a pause of a few weeks, Turkey resumed in mid-October survey activities for oil and gas in disputed waters in the eastern Mediterranean.

The Turkish drilling campaign in the Mediterranean has drawn criticism from Turkey’s neighbors, the European Union, and the U.S. State Department.

Tensions between EU members Greece and Cyprus on the one hand, and Turkey on the other, flared up again in recent months after Turkey resumed drilling and exploration for oil and gas in the eastern Mediterranean in waters that Greece and Cyprus consider part of their territorial waters.

Ahead of the EU summit next week, France is has been reportedly pushing for sanctions on Turkey over its oil and gas exploration in the eastern Mediterranean.

“When the ship Oruc Reis is in port, as it is from today as far as I have been informed, that helps to reduce tensions and makes it easier to make progress also on deconfliction,” NATO Secretary General Jens Stoltenberg said on Monday, as carried by AP