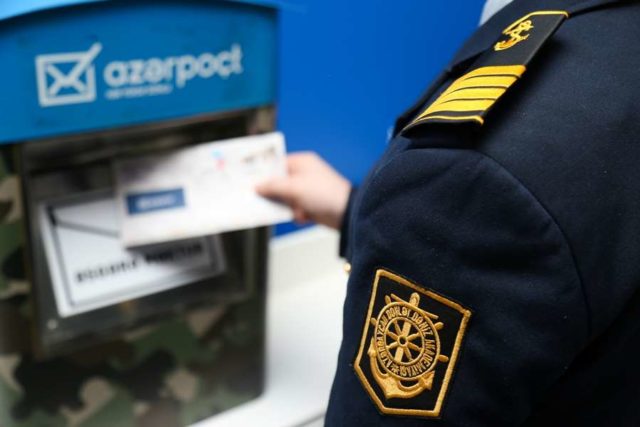 Students of the Azerbaijan State Marine Academy of the Azerbaijan Caspian Shipping Company (ASCO), in order to further increase the combat readiness of our army and provide moral support to the military, joined the “Letter to a Soldier” project organized by Azerpost LLC, operating under the Ministry of Transport, Communications and High Technologies.

In their letters, the sailors proudly spoke about the struggle our soldiers are waging for the liberation of Karabakh, the hoisting of our flag on our historical lands, liberated from occupation. They thanked our soldiers for their bravery shown against the hated enemy.

Also, the letters emphasizes that the victories, which brave army of Azerbaijan under the leadership of the Supreme Commander-in-Chief of the Armed Forces Ilham Aliyev achieves by inflicting crushing blows on the enemy, raise people’s spirit.

It should be noted that each letter written by the students of the ASMA will be delivered free of charge by the country’s only national postal operator, Azerpost LLC, to the soldiers serving on the front line.