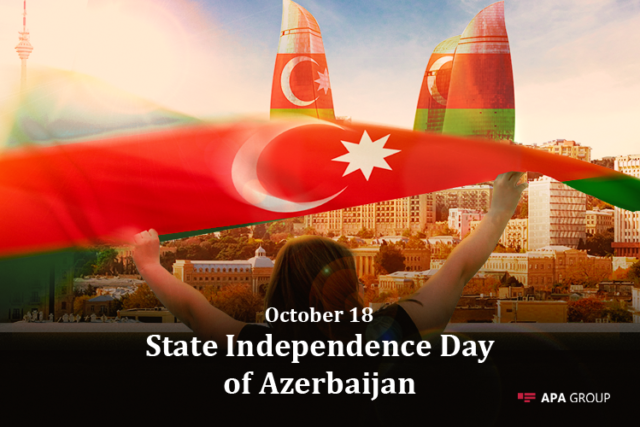 Today is the 29th anniversary of the restoration of Azerbaijan’s state independence, APA reports.

Azerbaijan’s Supreme Council adopted the Constitutional Act on State Independence of the Republic of Azerbaijan on 18 October 1991.

In May 1992, the Milli Majlis (Parliament) adopted the national anthem of the Republic of Azerbaijan (music by Uzeyir Hajibeyov, lyrics by Ahmad Javad) and later on, the three-color national flag, the national emblem depicting eight-point star with the flames.

Azerbaijan has been celebrating October 18 as a holiday since 1992.

Earlier, Azerbaijan’s President Ilham Aliyev had signed an order to celebrate the 28th anniversary of the country’s state independence at state level.