With the Southern Gas Corridor being completed Azerbaijan becomes an important contributor to the strategy of European energy supply diversification. Now the security and sovereignty of Azerbaijan is interconnected with the European energy security, Ibrahim Ahmadov, deputy head of the Public Relations and Event Management Department at Azerbaijan’s state oil company SOCAR, told Trend.

He was commenting on the announcement about completion of the Trans Adriatic Pipeline (TAP), the European leg of the Southern Gas Corridor.

“TAP announced that after 4,5 years of construction, the Trans Adriatic Pipeline is substantially complete. The Interconnection Point between TAP and the natural gas transmission system of Snam Rete Gas in Italy is to be completed by mid-November 2020. TAP is the last segment of the Southern Gas Corridor, a $40bln investment, connecting 3 gas pipelines over 3500 km from Caspian Sea to Europe. SOCAR has a share in all segments of this projects, including Shah Deniz gas field, SCP, TANAP and TAP pipelines,” said Ahmadov.

After almost four and a half years since the start of construction, the Trans Adriatic Pipeline is substantially complete.

The TAP pipeline has been filled with natural gas from the Greek-Turkish border up to the pipeline receiving terminal in Southern Italy.

TAP is currently finalizing preparations for launching the commercial operations and offering capacity to the market in alignment with the adjacent TSOs.

The Interconnection Point between TAP pipeline and the natural gas transmission system of Snam Rete Gas in Puglia (Italy) is expected to be completed and ready to transport gas by mid-November 2020.

TAP will transport natural gas from the giant Shah Deniz II field in the Azerbaijani sector of the Caspian Sea to Europe. The 878 km long pipeline connects with the Trans Anatolian Pipeline (TANAP) at the Turkish-Greek border in Kipoi, crosses Greece and Albania and the Adriatic Sea, before coming ashore in Southern Italy. 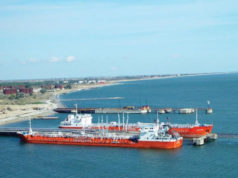 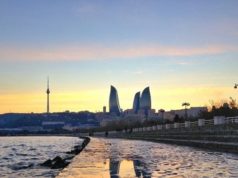 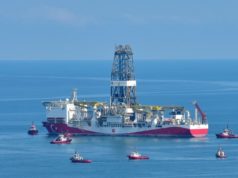