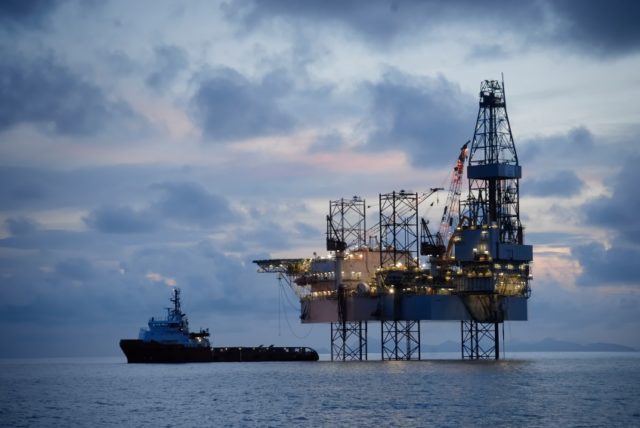 Energy companies on Monday began evacuating offshore oil platforms as the 25th named storm of the year formed in the Caribbean and was forecast to become a major hurricane before it entered the Gulf of Mexico and threatens the U.S. mainland, Trend reports with reference to Reuters.

Tropical Storm Delta was expected to rapidly strengthen and become a Category 3 hurricane with up to 120 mile per hour (194 kilometers per hour) winds. It was about 160 miles south southwest of Negril, Jamaica, on Monday evening and moving west at 8 mph.

Delta will bring rain, winds and a storm surge to the Gulf Coast from Louisiana to the Florida panhandle beginning Thursday, the U.S. National Hurricane Center said.

If Delta makes a U.S. landfall, it would be the 10th named storm to do so this year, breaking a record that dates to 1916. Delta is the 25th named storm of the Atlantic hurricane season, which runs from June 1 to Nov. 30.

“This could become one of the more impactful storms” this year, said Jim Foerster, chief meteorologist at DTN, an energy, agriculture and weather data provider. “This is going to be a quite concerning storm for Louisiana and points east.”

A major hurricane on the five step Saffir-Simpson scale can deliver devastating damage to onshore properties. Delta should intensify rapidly because of its projected path over warm water and a lack of wind shear aloft, Foerster said.

This year’s named storms so far have cost about $9 billion in insured losses, compared with $75 billion in 2017, according to Andrew Siffert, a vice president at reinsurance brokerage BMS Group. The prior figure included hurricanes Irma, Maria and Harvey.

BP and BHP began evacuating non-essential personnel from their offshore platforms, the companies said. BHP also plans to shut production at its facilities by Wednesday.

Occidental Petroleum, the third largest offshore producer by volume, said it was taking steps to protect its people and facilities.

Delta was forecast to move into the southeastern Gulf of Mexico Tuesday night and begin sweeping across the prime oil-producing region on Wednesday.

The projected storm track has Delta making landfall on the central Gulf Coast later this week. Louisiana Governor John Bell Edwards urged the state’s residents to prepare for the storm.