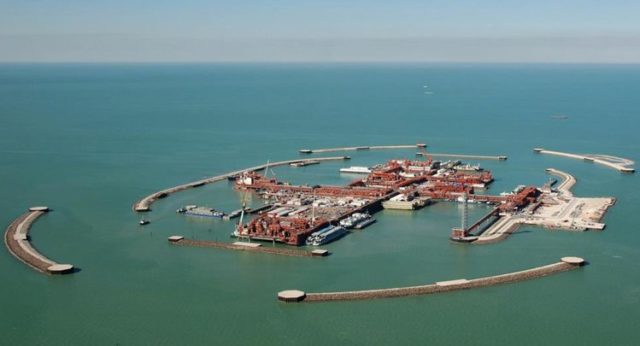 The North Caspian Operating Company has decided to implement a project to deepen the Caspian Sea near Kashagan, one of the largest oil and gas fields in our state. The news resource vestikavkaza.ru informs about it.

The specialists of this company reported that the water level in the sea continues to decrease every year. This is proved by the fact that since 2005 the Caspian Sea has sunk in the Kashagan region by more than one meter.

In this regard, the North Caspian Operating Company has developed a project “Arrangement of facilities of the Kashagan field. Marine complex. Marine shipping channels. Environmental Impact Assessment “. It provides for the restoration of the depths of the seabed and the creation of favorable conditions for marine logistics.

In order to discuss the project, the company held public hearings to which representatives of government authorities, non-governmental and public organizations, as well as journalists and activists were invited. They were told that modern equipment would allow them to work with the least impact on the seabed and ensure the stability of the dump sites.

As a result of the hearings, their participants expressed great interest in the project developed by the North Caspian Operating Company, however, it is not yet known when its implementation will begin.