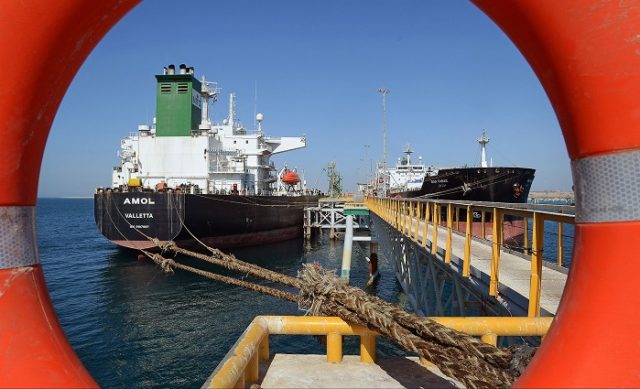 Iran is estimated to have exported nearly 1.5 million barrels per day (bpd) of crude oil and condensate so far in September, TankerTrackers told Reuters, in what would be the highest level of Iranian exports in a year and a half and double the observed exports in August.

Two other tanker-tracking firms have also seen an increase in Iranian oil exports so far in September, although not as much as TankerTrackers.com has found, according to Reuters.

Since the U.S. imposed sanctions on Iran’s oil industry and exports in May 2018, the Islamic Republic has been using various tactics to ship crude abroad without being detected, including by tankers switching off transponders or documents stating the oil does not originate from Iran.

Iran’s Oil Minister Bijan Zanganeh said earlier this week that “America has waged a war against Iran with no blood,” referring to the sanctions on Iran’s oil.

Iran continues to export oil in defiance of the U.S. sanctions, and it seems to have recently increased its oil exports despite the fact that official figures still put the shipments at very low levels.

China, for example, the world’s largest oil importer, is likely receiving much more oil from Iran than the official figures report, according to various reports, media investigations, and tanker-tracking firms.

In August, Iran was exporting a lot more crude oil than U.S. figures suggest, data from TankerTrackers.com has revealed, as reported by NBC News.

According to the data, Iran was exporting as much as 600,000 bpd, using ship-to-ship transfers with transponders turned off to avoid detection, skirting U.S. sanctions. The daily average number compares with an estimate of 227,000 bpd made in a U.S. Congressional report, NBC’s Raf Sanchez wrote on Twitter.

Last year, a U.S. State Department official told the media that the department was tracking ship-to-ship transfers and was working with other governments to ensure that they, too, were tracking such moves that became one of few ways for Iran to still get its crude to foreign markets.