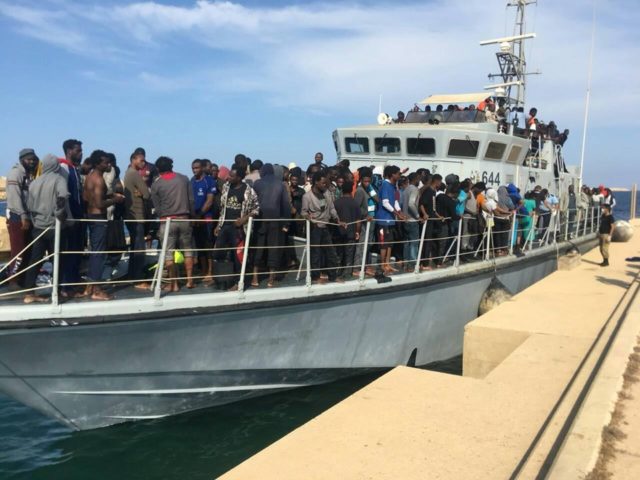 “A total of 124 refugees and immigrants were intercepted or rescued yesterday (Thursday) by the Libyan Coast Guard aboard a rubber boat off Libya,” UNHCR said in a statement.

“UNHCR and its medical partner, the International Rescue Committee, provided humanitarian assistance and medical care to survivors, who embarked from Al Khums (in western Libya). Survivors were from Mali, Ghana and Sudan,” it added.

The UNHCR estimated that more than 8,300 migrants have been returned to Libya so far.

Following the 2011 fall of former leader Muammar Gaddafi’s government, Libya has been plagued by a state of insecurity and chaos that prompts thousands of illegal immigrants to attempt to cross the Mediterranean Sea toward Europe.

Many illegal immigrants, who were either rescued at sea or arrested by authorities, remain detained in overcrowded reception centers in Libya despite repeated international calls to close those centers.