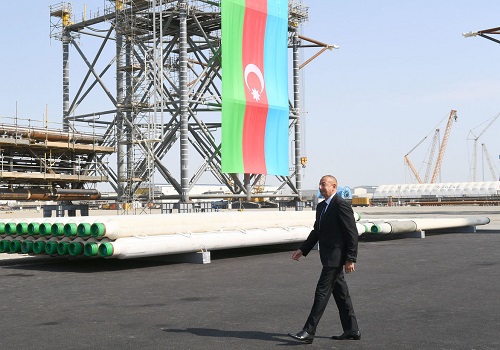 Gas from the Absheron field within the second stage of development will be exported to Turkey and, possibly, to other markets, Azerbaijani President Ilham Aliyev said.

“Today gas is supplied to Turkey from the fraternal state. Additional steps will be taken to increase the volume of this gas, and to extract it from the Absheron field. Gas, which will be produced at the second stage of the development of this field, will go through the TANAP pipeline to Turkey and can be sent to other markets,” Aliyev said in an interview with Azerbaijani TV channels on Saturday.

The head of state stressed that the volumes of gas supplied through the TANAP pipeline to Turkey from Stage-2 of the Shah Deniz field development are increasing from year to year.

“Whereas a year earlier Azerbaijan was in the 4th or 5th place in terms of gas supplies to the Turkish market, now we are in the first place and this is of great importance both for us and for Turkey,” the President said.

Aliyev also said that the Azeri-Chirag-Gunashli block of fields also has “very rich gas reserves.” “It is conventionally called ‘deep gas’, and now the State Oil Company of Azerbaijan, together with its partners, is carrying out appropriate work to develop these deposits,” he said.

It should be noted that on September 19, the President of Azerbaijan took part in the ceremony of laying the foundation for offshore operations at the Absheron field at the Heydar Aliyev Baku Deep-Water Jackets Plant. 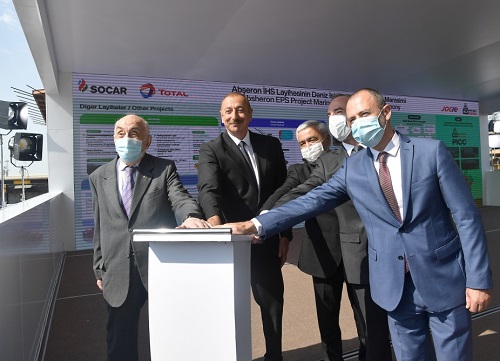 The head of state said that the reserves of the Absheron field are 350-360 billion cubic meters of gas and 100 million tons of condensate (before that, 45 million tons were called everywhere – Turan), its development will be carried out in stages. The gas produced within the first stage of Absheron development will be sent to the domestic market of Azerbaijan, and within the second phase – exported to world markets.

SOCAR and French Total on February 27 signed a PSA-type contract for exploration and development of the Absheron offshore structure. On September 1, 2011, Total announced the discovery of gas with reserves of 350 billion cubic meters of gas and 45 million tons of condensate. Last year, the drilling of an appraisal well was completed at the field, which became the longest ever drilled in the Caspian Sea – 7,411 meters.

Based on the results of the appraisal well, Total has confirmed the volumes of primary reserves.
It is worth noting that the Absheron field has been discovered for more than 9 years, but its development has not yet begun. The Azerbaijani side claims that it will be possible to receive the first gas from the contract area by the end of 2021. However, it is already clear that the Absheron project is already considered a “long-term construction”.