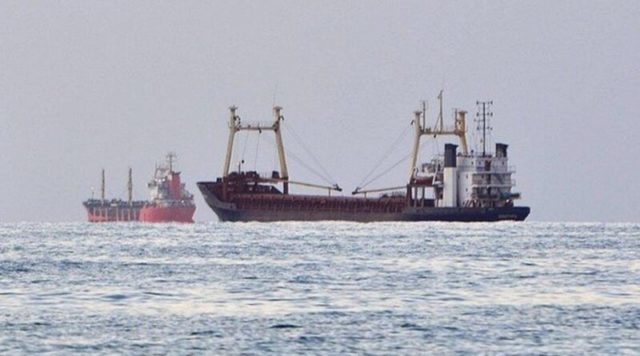 The report was prepared by Glogos companies.

The Azov region met the 33rd week with bad weather and falling prices for cereals. However, both of these factors failed to negatively affect the freight market. When at the beginning of the week, due to weather conditions, many ships were delayed in the Black Sea while unloading and waiting for the passage of the Kerch Strait, some Charterers tried to use this. In the negotiations, they appealed to the fact that a wave of canceling is expected, as a result of which an open tonnage will appear in the spot in search of cargo and the rates will go down. Against this background, some of them offered $ 14-15 per ton of wheat from Rostov to Samsun. However, the situation developed exactly the opposite. The bad weather period was not long enough for Buyers to cancel contracts amid falling grain prices. The $ 15 rate on Samsun from Rostov turned out to be low, the working level was $ 1-2 higher. In addition, due to the fact that the ships were delayed, on the contrary, a tonnage deficit was formed.

The arrival of a new crop continues to put pressure on the market, and the Senders are interested in shipments as soon as possible, which is why the ships in the spot are in great demand. Against the background of falling grain prices, Buyers are doing their best to renegotiate contracts, using any reason. Companies that bought in early August but did not confirm deals with Shipowners and Buyers were at a disadvantage. Having misjudged the movement of the market, they believed that the decline in grain prices would stop, and as a result, they should ship the batches as quickly as possible so as not to go into negative territory.

For Shipowners, the tendency to work on the spot will continue for a long time. This will be of interest to both the Shipowners themselves, who see the market growing due to the large number of requests for different dates, and the Buyers, who, against the background of falling prices, find it profitable to promptly ship contract lots. In this situation, Senders and Producers will be at the extreme. One could, of course, assume that they will try to collude and set the price they want, but this scenario is unlikely. Market participants understand that talks about new grain export quotas are not going on in an empty place. From January, if the restrictions are imposed, Exporters will buy grain at an even lower price, and the domestic market is risky enough to build long-term plans based on it alone. We see, for example,

Freight rates on the inland waterways of Russia are rapidly increasing, which is due to the lack of motor ships to fulfill the already concluded contracts. At the same time, the bulk of the fleet is leaving the North-West for the South, and on the Samara-St. Petersburg basis, rates have increased from 1400 to 2000 rubles per ton. At the same time, agricultural producers continue to keep domestic grain prices high, while on the world market, against the background of increased forecasts for grain yield in Russia, the price of wheat fell from $ 212 to $ 205 per ton.