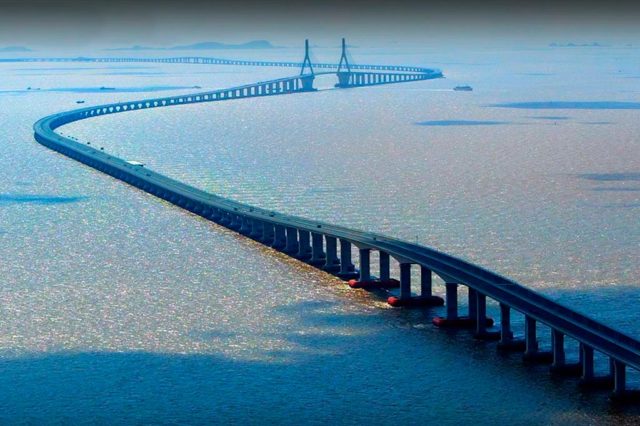 China is working on the details of building a bridge over the Caspian Sea from Kazakhstan to Azerbaijan. Despite the fact that the details have not yet been announced, they want to implement the project soon, Inaktau reports with reference to Tengrinews.kz .

According to the TV channel, now 100 times less cargo traffic from China to the European Union goes through the land corridor than by sea. To Russia from China, most of the cargo is delivered by sea through Finland. At the same time, China directs the main investments in logistics to the “Burmese corridor” – about 100 times more than it is ready to invest in the “Silk Road”.

Meanwhile, the trade between Kazakhstan and China has already exceeded $ 17 billion. According to Zhang Wei, Consul General of the PRC in Almaty, the Chinese side will focus on the development of infrastructure, in particular, the railway from Kazakhstan to the Chinese cities of Lianyungan, Urumqi, Lanzhou.