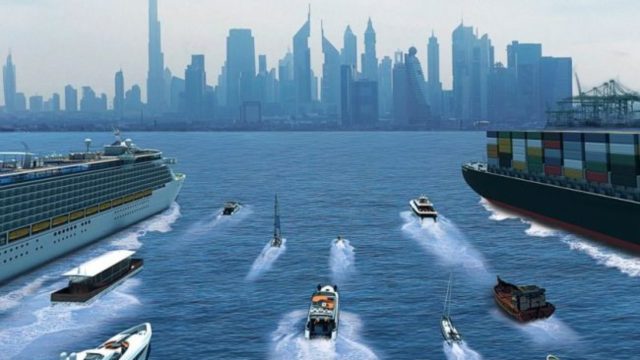 Dubai became the latest state to join the ongoing calls for ports around the world to make accommodations to permit crew changes.

Dubai became the latest state to join the ongoing calls for ports around the world to make accommodations to permit crew changes. In other locations, including the Philippines, countries have also amended their processes in response to the calls from the IMO and other shipping organizations.

Dubai and the Philippines were both signatories to the statement issued at the end of the International Maritime Virtual Summit hosted on July 9 by hosted by the United Kingdom that discussed the impact of COVID-19 on crew changes. At the conclusion of the summit, thirteen member states issued a joint statement pledging to address solutions to the problems identified for seafarers, including recognizing the importance of their role in maintaining trade and commerce during the pandemic.

IMO Secretary-General Kitack Lim on July 13 sent a letter to  member states urging others to commit to the principles in the joint statement that include designating seafarers as key workers. The member states also committed to explore issues ranging from accepting seafarers’ ID documents as evidence of their key worker status to implementing protocols for crew changes by reviewing national quarantine restrictions and increasing access to commercial flights. In his letter, Lim urges the wide dissemination of the statement and invites member states to contact the U.K. government to join the declaration.

The Dubai Maritime City Authority (DMCA) in its July 15 announcement said that it is now allowing the resumption of crew changing across all ports and anchorage areas in Dubai. Crew changes are being allowed provided they comply with the COVID-19 guidelines and requirements set by the Dubai Health Authority (DHA).

Under Dubai’s new resolution, all agents are required to coordinate with the DMCA and other UAE authorities to ensure the quick processing of crew transfers to and from ships and the airports. All agents are urged to undergo the required medical examinations in compliance with the preventive procedures and guidelines for the COVID 19 virus to preserve the health and safety of both the ship’s crew and relevant personnel.

The DMCA also recently issued a resolution directing the resumption of maritime operations across Dubai’s anchorage areas, which is aimed at enabling ships located in the emirate’s territorial waters to have access to a diverse range of services, including maintenance and repair. They are still required to obtain the proper permits from the DMCA and other relevant authorities and all companies are urged to adhere to the guidelines and health rules to maintain the health and safety of ship crew, visitors and employees.

Earlier in July, the Philippines announced it was opening a “green lane” to allow the free movement of seafarers and personnel across borders. The Philippine government undertook the initiative to ensure that seafarers have access to “speedy and safe travel, subject to health protocols mandated by the government.” This includes safe and swift disembarkation and crew change while also seeking to prevent the spread of COVID-19 for both Filipino and foreign seafarers whether inbound, outbound, or transiting during crew change or repatriation.

“With these guidelines, we are answering the call of the International Maritime Organization (IMO) and the maritime industries, to put in place a framework for ensuring safe ship crew changes and travel during the COVID-19 pandemic,” Foreign Affairs Secretary Teodoro L. Locsin Jr.

The Philippines published a Joint Circular for seafarers, licensed manning agencies, shipping companies, airlines, and other entities involved in facilitating the travel of seafarers for purposes of crew change and repatriation during the COVID-19 pandemic. It sets the minimum standards and process flows that all stakeholders should follow to facilitate the speedy and safe conduct of crew change or repatriation. According to the government, the protocol seeks to complement the existing standard health and safety protocols while creating controlled travel corridors.

The Philippines, which had a large number of overseas foreign workers at the beginning of the pandemic, has been working hard to facilitate the return of its citizens and accommodate crew changes. As of this week, nearly 79,000 Filipinos working overseas have been brought home including over 37,000 seafarers with the most recent repatriates arriving from France, the Netherlands, Qatar, Saudi Arabia, the UAE, the USA, and Vietnam. The return of stranded seafarers from Europe continued this week as the Department of Foreign Affairs facilitated the repatriation of 1,204 sea-based workers who arrived from Italy, the Netherlands, Norway, and Turkey.