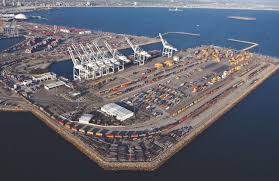 The contract between Iran and India on Chabahar port does not include railways, Deputy Head for Ports and Economic Affairs in Iran’s Ports and Maritime Organization Farshad Montaser Kouhsari said, Trend reports via Mehr News Agency.

“Iran never had any contract with India on any railway projects,” Kouhsari said in a response to a publication in an Indian newspaper that Iran has recently pushed India out of the Chabahar railway project because of lack of engagement from the Indian side.

“Iran’s only contract with India is about investment in Chabahar Port that includes provision and installation of port equipment,” he said.

“There was a list of India’s investments into the Chabahar port, which included the infrastructure for the Chabahar railway, but there was never an agreement over it during the negotiations,” he explained.

India has secured exemption for the Chabahar port from U.S. sanctions to continue its bilateral ties with Iran in this regard, and transport cargoes to Afghanistan via Chabahar.

“Iran has no contract with India in railway section or construction of Chabahar – Zahedan railway,” said Kouhsari.

Iran’s National Development Fund has assigned €300 million to Chabahar – Zahedan railway project in the last Iranian year (started March 21,2019). So far more than €30 million has been paid to Iran’s Construction and Development of Transportation Infrastructures Company (CDTIC) and Khatam al-Anbiya Construction Headquarters as part of the project execution.