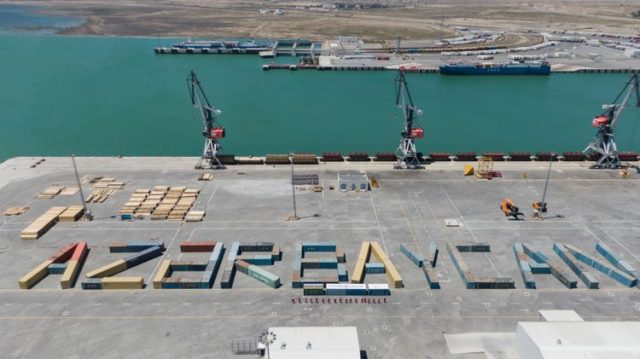 Spain is ready to assist in making linkage with Azerbaijani port in Alat, Charge d’Affaires of the Embassy of the Kingdom of Spain in Azerbaijan Ignacio Sanchez Taboada told Trend.

“Azerbaijan is much interested in developing Alat Port as a piece a multimodal logistic infrastructure connecting East and West. Similar multimodal infrastructures are successfully operating in many ports of Spain, namely Algeciras or Valencia. If there is an interest from Azerbaijani authorities in coming to know those hubs in Spain, we will be much pleased to assist in making the linkage,” he said.

Taboada noted that our bilateral trade increased remarkably in 2019.

Taboada pointed out that the rise in trade turnover is evident, but still the Azerbaijani market is not well known for Spanish companies and there is a huge gap between exports and imports in our bilateral trade.

Taboada noted that it is probably too early to measure the impact of COVID-19 on bilateral economic relations.

“Trade figures for first trimester 2020 show a very slight increase in trade, but undoubtedly at the end of the year we may see some negative effects, for instance in tourism,” he said.