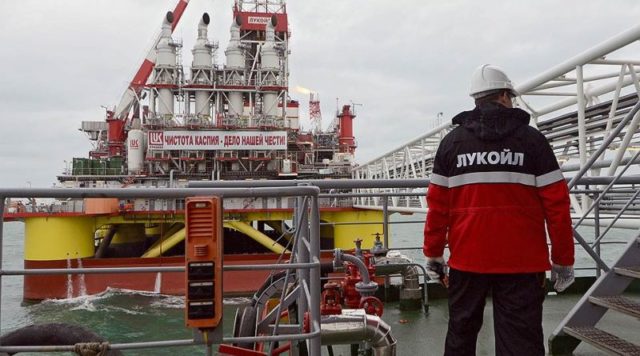 PJSC LUKOIL began exploratory drilling in new structures of the Northern Caspian. This was reported by the press service of the company.

Exploration well drilling launched at the Shirotno-Rakushechnaya prospective structure, located north of the field. IN AND. Grapple.

The design depth of the well is 1650 m. The sea depth at the point of the well is 4.5 m. Drilling is carried out from the Astra self-lifting floating drilling rig, designed for work in shallow water. Within this structural-tectonic zone, deposits were discovered to them. Yu. Korchagin (in 2000), them. IN AND. Graefer (in 2001), them. V. Filanovsky (in 2005).

“The company also began to study a new site in the south of the water area within the East Sulak shaft – the Khazri and Titonskaya structures. The 2nd well is currently being drilled, its design depth is 5200 m, and the sea depth is 45 m. Work is being carried out with the Neptune floating jack-up rig. The main goal of drilling well No. 2 on the Khazri structure is to study oil and gas potential and to identify gas and oil deposits in terrigenous-carbonate sediments of the Jurassic-Cretaceous age, ”LUKOIL said in a statement.

As part of the drilling program at the existing fields of the Caspian, LUKOIL is constructing the sixth well on the block conductor of the field named after Yu. Korchagin. A production well, horizontally directed, with the intellectual injection of MultiNode, which is first used on projects in the Northern Caspian. Planned slaughter – 5164.79 m along the trunk. Drilling is carried out from the Mercury self-elevating floating drilling rig. The planned production rate of the well will be 348 tons / day, which will stabilize production at the field.