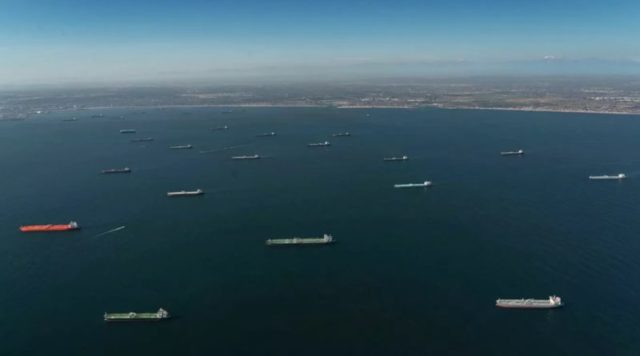 All Iranian tankers with fuel safely reached Venezuela. According to the IRIB Broadcasting Corporation, on Sunday the fifth tanker arrived in the Bolivarian Republic.

We are talking about the ship Clavel, which went to Venezuela from the port of Shahid Rajai located in Iran. It is also  noted that the other four Iranian tankers that arrived earlier in the country are currently unloaded.

It is worth noting that Iran supplies Venezuela not only with fuel, but also with special oil refining equipment. As reported by the Venezuelan Ministry of Industry, this was stated by Vice President for Economics Tarek El Aissami.

“Iranian tankers are bringing fuel, additives, spare parts and other equipment to increase our refining and oil production capacities,” he said at the ceremony of arrival of the first Iranian vessel at the El Palito refinery.

Iran promised US problems if tankers are intercepted

Earlier, Washington  threatened that it could be subject to certain restrictions against Iran for the supply of fuel to a South American country. As Venezuelan Foreign Minister Jorge Arreasa said on May 14, the US is being pursued by tankers carrying fuel to the country. This is a violation of international standards and the rights of citizens of the republic.

And on May 17, the Deputy Foreign Minister of Iran, Abbas Aragchi, called the Ambassador of Switzerland, representing the interests of the United States in the Islamic Republic. He warned Washington against the persecution of Iranian tankers bound for Venezuela.

In addition, Iranian Foreign Minister Mohammad Javad Zarif sent a letter to the UN Secretary General. In the message, he emphasized that “the United States must respect international law, in particular freedom of navigation.” And Iranian President Hassan Rouhani promised the United States “problems” if Iranian tankers, including those going to Venezuela, encounter difficulties due to Washington’s actions.