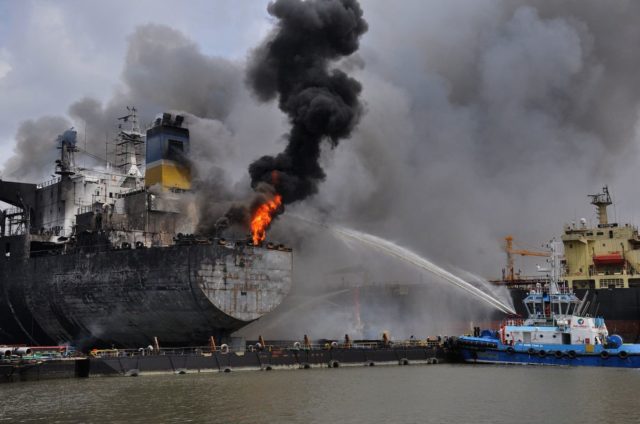 The North Sumatra police have identified the seven people who died in a fire accident on the Jag Leela oil tanker at the port of Belawan in Indonesia’s province of North Sumatra on Monday morning, Trend reports citing Xinhua.

They were trapped inside the ship which was under repair.

“We will send the bodies to their families tonight,” the North Sumatra Police’s spokesperson Tatan Atmaja said at a police hospital in the province’s capital of Medan on Tuesday night, as quoted by state news agency Antara.

At least 22 people are still treated at local hospitals after suffering burns in the accident that occurred on a crude oil tanker docked at Waruna Shipyard at the port.