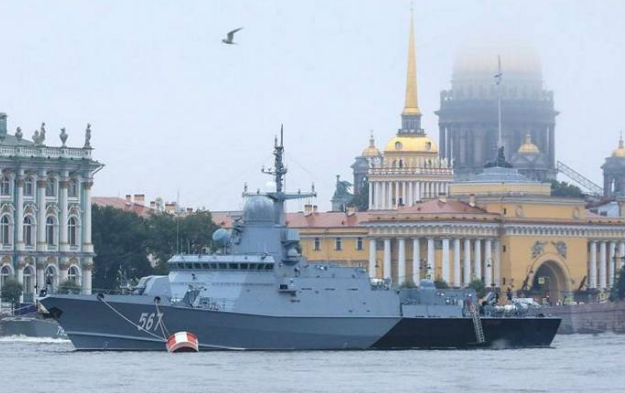 The Odintsovo Karakurt-class corvette of project 22800 has been armed with Pantsir-M antiaircraft missile gun. In late April, the warship began degaussing by a project 130 vessel, according to a Russian industry source. The corvette will be used to perform anti-surface and anti-air warfare, as well as coastal surveillance missions in littoral zones.

The running trials had to begin in April. The crew completed training in the Navy center in St. Petersburg. The corvette has to be handed over to the Baltic fleet by the end of the year. The Odintsovo is the third corvette of project 22800. It was laid by Pella Shipyard as the Shkval on July 29, 2016 and floated on May 5, 2018.

The main armament of the Karakurt-Class will include Kalibr-NK cruise missiles fired from an eight-tube UKSK vertical launching system (VLS). The 3M-14T Kalibr-NK is a land-attack cruise missile carried by Russia’s surface vessels. Reports put its max range at 1,500 – 2,500 km.

The Karakurt-Class is also armed with an AK-176MA 76.2mm automatic gun located on the forward bow deck, an upgraded variant of the AK-176 naval gun. It can fire at a rate of 150rpm and can engage targets within the maximum range of 15 km.

The industrial source said the shipyard is preparing to finalize the construction of the Vikhr and the Okhortsk corvettes of the project. They are sailing the Volga River to the Neva River.