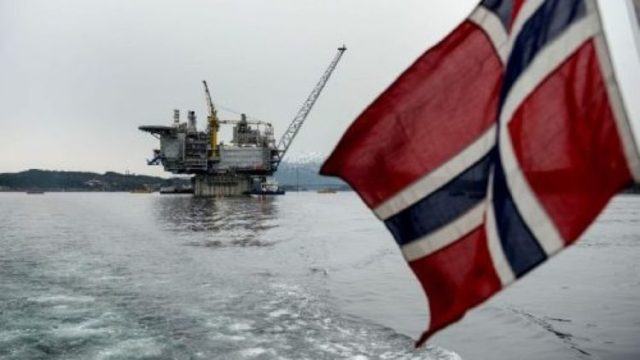 Norway, Western Europe’s largest oil producer, will slash its output from June to December of 2020, the oil and energy ministry said on Wednesday, the first time in 18 years it has joined other major producers to shore up prices, APA reports citing Reuters.

“Consequently, the total Norwegian production in December 2020 will be 300,000 barrels less per day than originally planned by the companies. The regulation will cease by the end of the year,” she added.

Oilfields that were supposed to start output later this year, but which must now wait until 2021, represent 166,000 bpd of the overall 300,000 bpd December cuts, the ministry added.

The OPEC+ group, comprising the Organization of the Petroleum Exporting Countries, Russia and other countries, agreed earlier this month to cut output by 9.7 million bpd in May and June, or about 10% of global supply.

The deal also called for producers outside the OPEC+, such as the United States, Canada, Brazil and Norway, to cut a further 5 million bpd.

Norway’s output and exports of natural gas will not be affected.

“The cut will include oil fields on the Norwegian Continental Shelf and be fairly distributed between the fields and thereby between companies,” Bru said in a statement.

She had previously praised the OPEC+ agreement, calling it an important contribution to the stability of the oil market over the coming year.

“In the current unprecedented situation cuts in oil production introduced by the government will contribute to a faster stabilisation of the oil market compared to letting the rebalancing take place only through the market mechanism,” the oil ministry said.