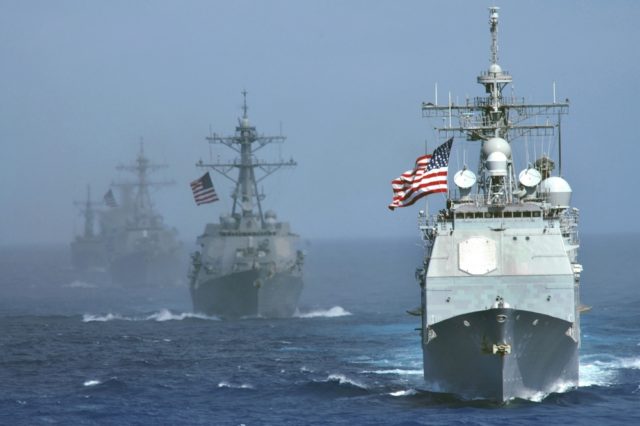 “I have instructed the United States Navy to shoot down and destroy any and all Iranian gunboats if they harass our ships at sea,” Trump said on Twitter, referring to the Persian Gulf.

His remarks came two days after Iran’s Revolutionary Guard announced an enhancement of capabilities, including an extension of anti-ship missile range and faster vessels.

Iranian Navy commander Rear Admiral Alireza Tangsiri said the country’s forces now “have a variety of surface-to-surface missiles with a range of 700 km [430 miles] produced domestically” and their vessels are “three times faster than American vessels.”

“Wherever the Americans have been present, insecurity has arisen, and we do not know where the presence of the United States has led to security,” said Tangsiri.

Last week, Iranian navy vessels came within 10 yards (10 feet) of a U.S. Fifth Fleet warship in the Persian Gulf that the American Navy described as “dangerous and harassing approaches.”

Tensions have been escalating between the U.S. and Iran since May 2018, when Trump withdrew from a nuclear pact world powers struck with Iran to curb its nuclear program in exchange for billions of dollars in relief from economic sanctions.

Trump has since embarked on a campaign to scuttle the agreement, including the reimposition of sanctions on Iranian crude oil that were lifted as part of the agreement.