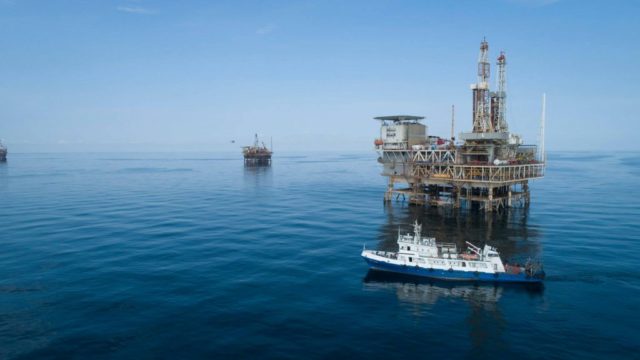 The drilling in Karabakh oil field began on December 23, 2019. SOCAR’s CDC drilled this well in the depth of 180 meters using ‘Dede Gorgud’ floating semi-submersible drilling rig. The productive layers of the oilfield are at the bottom of 3.4 km. According to the initial estimation, the oil and gas volumes found in the oilfield are sufficient for its effective operation.

SOCAR President Rovnag Abdullayev said that the ‘Karabakh’ oilfield is the first oilfield discovered in the years of independence: ‘The geological reserves of the oilfield are estimated at more than 60 million tonnes. The development of the oilfield will be a significant contribution to Azerbaijan’s oil revenues. Name of the oilfield – ‘Karabakh’ – is, especially, proud.’

As a promising offshore structure, the ‘Karabakh’ found in 1959 as a result of seismic exploration works. It was specified in 1984, and exploration drilling confirmed its oil and gas. It is located 120 kilometers east of Baku.

A consortium managed by the Caspian International Petroleum Company (CIPCO) drilled three explorations well following the production sharing agreement (PSA) signed in 1995. Two of the wells confirmed that the layers in the western part of the structure have enough oil and gas. The agreement was canceled in 1999 because it was not profitable economically.

In May 2018, SOCAR Karabakh and Equinor signed a risk service agreement (RSA) for the development of the Karabagh. The companies hold equal stakes.

SOCAR and Statoil (Equinor) have been cooperating in many projects, including ACG development since 1994.