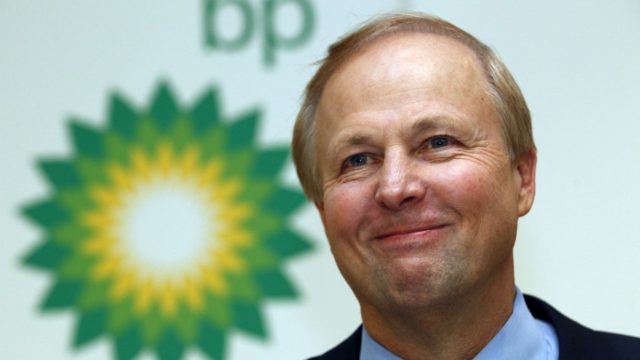 The global demand for oil will gradually decrease, giving way to gas and other energy sources. And as the oil output in the United States is growing, it will reduce the likeliness of oil prices at $100 and more, BP president Robert Dudley told TASS on the sidelines of the World Economic Forum in Davos.

“The use of oil and coal will gradually decrease. Naturally, the oil will be used in the petrochemical industry for many decades ahead. But in power generation, it will be gradually ousted by gas and other energy sources,” Dudley said.

According to Dudley, the reduction in global demand for oil will already take place in this century. Some countries may demonstrate a significant decline if restrictions are imposed on the use of combustion engines.

The high volatility of oil prices is also unlikely because of the appearance of the United States as a third player in the market. Dudley believes that the potentially rapid growth in output by US companies excludes oil deficits elsewhere in the world since the US companies can quickly fill the gap.

According to the BP chief, who is to quit the company in March, the pressure of extractive business will grow as the world community is paying increased attention to the impact of oil projects on the environment. ESG rankings (independent rankings, assessing the activity of industrial companies on three factors of influence: environment, social sphere, and management – ed.TASS) are today complicating the attraction of funds for such projects, though, according to Dudley, such an approach is ‘too simplified.’

“Yes, the European and some American countries suffer from this,” he said.

Restricting oil projects won’t solve the problem of hazardous waste emissions, the BP chief said. According to the UN forecast, the global population will grow by 2 bn people in the next two decades, which implies the appearance of another China and the United States and prompts the need for energy. Renewable energy sources today meet only 3-4% of the overall demand. These challenges will change the image of the sphere in the next decade. They will turn today’s oilmen into multi-profile energy companies that will invest more in technologies and projects, which are not as profitable today as oil and gas projects but can help minimize the environmental impact, Dudley believes.

BP, one of the world’s biggest oil and gas companies, has diversified its business by launching renewable energy projects. Dudley worked at BP for 40 years, with ten as president. He is to quit BP on March 31 to engage in public activity on climate. He will also continue his work in Rosneft Board, where BP owns a 19.75% stake.