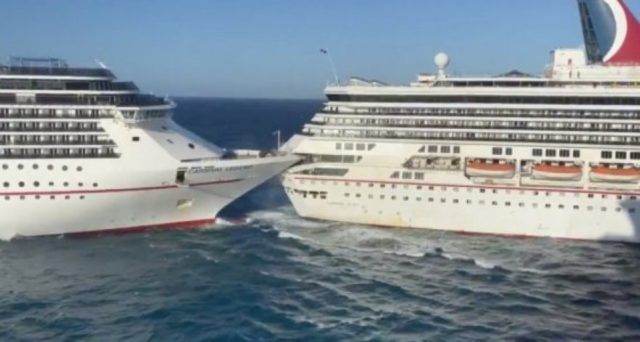 Two cruise ships collided in a port in the Mexican Caribbean resort of Cozumel on Friday, causing damage to the stern of Carnival Corporation’s Carnival Glory and leaving one passenger with a minor injury, Carnival said, Trend reports citing Reuters.

“Carnival Glory was maneuvering to dock when it made contact with Carnival Legend which was already alongside,” Carnival said in a statement. “We are assessing the damage but there are no issues that impact the seaworthiness of either ship.”

Civil protection authorities in Cozumel confirmed the incident took place at around 0830 local time (1430 GMT) and said officials were investigating.

Images of Carnival Glory posted on social media by passengers on a third ship show a railing along the stern bent downwards at a 45-degree angle, revealing a twisted and mangled ship interior.