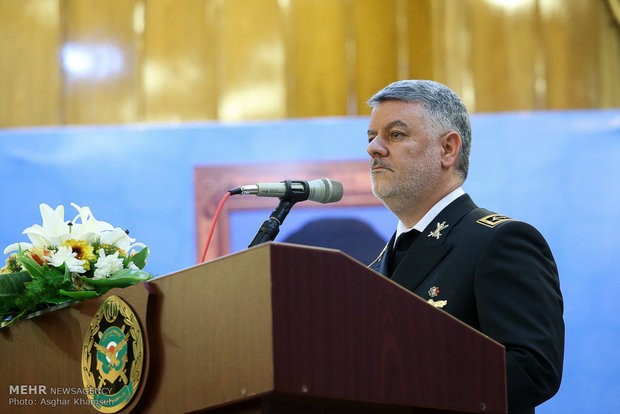 Joint naval exercises of Russia, Iran and China in the northern Indian ocean are scheduled for December, Report informs citing the Interfax.

The commander of the naval forces of the Iranian Army Rear Admiral Hossein Khanzadi said that the joint military exercises of Iran, Russia and China, which will hopefully take place next month, will send a signal to the world that these three countries have reached a significant strategic level of relations.

“The joint war game between Iran, Russia, and China, which will hopefully be conducted next month, carries the same message to the world that these three countries have reached a meaningful strategic point in their relations, with regard to their shared and non-shared interests, and by non-shared I mean the respect we have for one another’s national interests,” said Khanzadi.

“The war game seeks to deliver this message to the world that any kind of security at sea must include the interests of all concerned countries. We do not condone the kind of security that only caters to the benefits of one specific country at a specific time and which disregards the security of others,” Khanzadi said.

Earlier, the commander of the Iranian Navy said that the trilateral exercises would be held both in the Strait of Hormuz and the Persian Gulf.