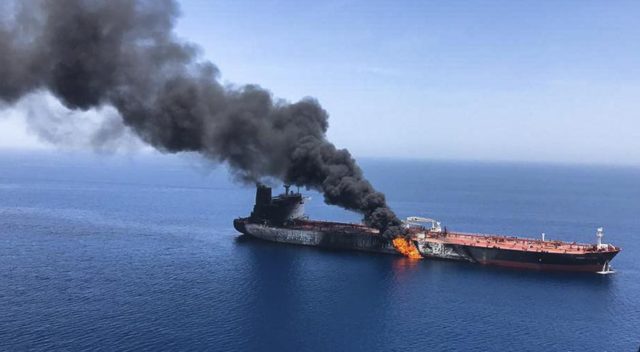 At least four people were injured in a fire on an oil tanker in Sarawak state in Eastern Malaysia, Report informs citing the TASS.

According to local authorities, the tanker was at the shipyard during the fire. Fire brigade, that arrived at the scene, could prevent the explosion. The operation to extinguish the vessel is still underway. The victims were hospitalized, one is in critical condition.

The causes of the fire are established.