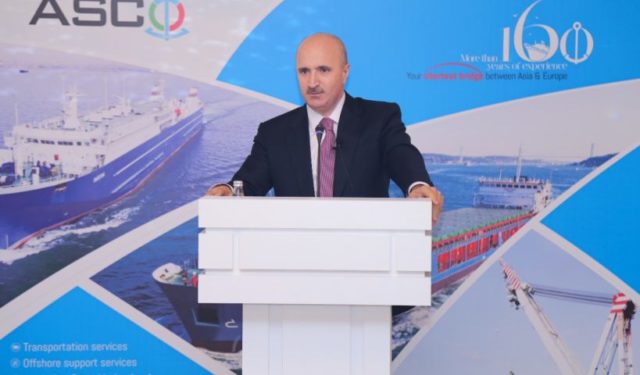 The Azerbaijan Caspian Shipping Company (ASCO) held a regular meeting of the Advisory Council. The event was attended by sailors and veterans, leaders of such NGOs as the “Constitution” Research Foundation, the Center for Economic and Social Development, the Civil Rights Defense League, the Public Association for Social Research, and the chief editor of the newspaper “Iki Sahil”.

At the beginning of the event, the participants viewed a video reflecting the activities of ASCO. Then ASCO Chairman Rauf Valiyev delivered a speech and presented extensive information on activities carried out over the past six years. He noted that, with 260 vessels in its fleet, ASCO provides both freight and offshore services. From 2014 on, a Company with a 160-year history resumed operations far from the Caspian Sea in foreign waters. Currently, 14 ASCO vessels sail in international waters under the flag of independent Azerbaijan.

The Chairman told that over the past 6 years, ASCO has commissioned 20 new vessels, and continues the in this direction. Now, 6 vessels are under construction in the Baku Shipyard. 2 of them are unique Ro-Pax / ferries, and the other 4 are new generation tankers. In general, in the next 10 years it is planned to replenish the Fleet with 70 vessels of various types.

Along with the ongoing updating of the fleet, in his speech Rauf Valiyev also mentioned the activities of ASCO over the past period in the field of training strong local personnel, ensuring transparency and organizing work in accordance with international standards.

Moreover, the Chairman spoke about the work carried out in the field of corporate management. He noted that during this period, special attention was paid to training of employees and youth policy.  Among the measures taken in this area, the following can be mentioned: provision of young employees with the opportunity to gain experience in navigation in waters outside the Caspian Sea, provision of honor students with work at ASCO, introduction of education in foreign language at the Azerbaijan State Maritime Academy, awards to the best students of the year, and innovations such as a career tracking system for promising young employees.

Over the past 6 years, ASCO has been constantly implementing infrastructure construction works. Repair work was carried out in the company’s facilities, and the infrastructure was updated. At the moment, the construction of a residential complex and an administrative building is underway.  The design of administrative building corresponds to the architectural style of our city.

ASCO Chairman Rauf Valiyev also spoke about the work carried out in the field of corporate social responsibility, and noted that various projects are constantly being implemented in this area. Regular sports events, the application of health insurance, the provision of food assistance to the families of internally displaced persons and refugees, donor blood donations, assistance to families of victims of January 20 and workers who became disabled during the tragedy are among those activities.

Besides, the Chairman provided extensive information on events organized as part of the 160th anniversary of the Company that took place last year.

At the same time, Rauf Valiyev talked about the role of ASCO in the Trans-Caspian International Transport Route. According to his words, the Trans-Caspian International Transport Route is one of the most attractive transport corridors between Asia and Europe. This route is short, fast and safe. ASCO is considered as one of the key and important participant in this route.

In his speech, Rauf Valiyev also shared ASCO’s plans for the future.

After his speech, ASCO Chairman answered questions of sailor veterans, captains and other crew members, as well as representatives of NGOs and the media regarding the activities of the company.

It should be noted that the main goal of the Advisory Board, created in 2016, is to organize effective relations between the company and the society, to ensure openness and transparency in activities, and to provide proposals for improving the work. 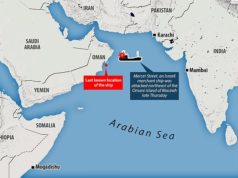