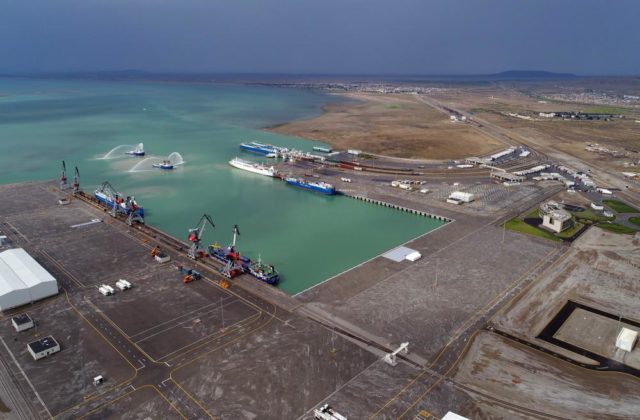 The issue of amending the law “On the Alat Free Economic Zone” was discussed at the plenary meeting of the Azerbaijani parliament, Trend reports.

The new 32nd article “Transitional Provisions” is planned to be included in the law. According to the article, until the plenipotentiary structure of the Free Economic Zone and its board are formed, their rights and obligations will be carried out by a temporary management structure created by the relevant executive body.

The appropriate plenipotentiary structure, which will deal with the issues of creating infrastructure, personnel training, implementation of projects, solving of environmental problems and performing other necessary work, must be created to solve the organizational issues in the territory of the Free Economic Zone.

This amendment envisages the acceleration and more efficient operation of the Alat Free Economic Zone.

While delivering speeches at the meeting, the MPs stressed that the beginning of the work of the Alat Free Economic Zone will have an impact on the development of the economy including GDP growth and will expand the export opportunities of non-oil sectors.

After discussions, the amendment to the law was adopted.