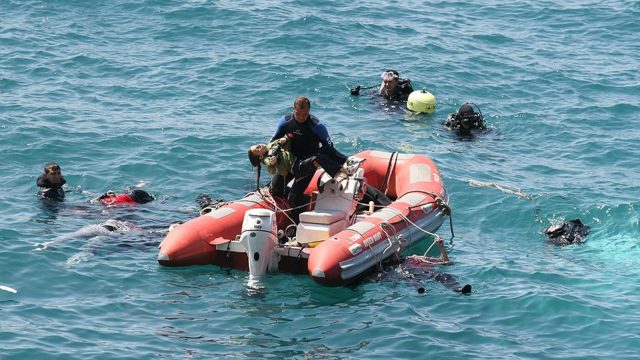 Today British services intercepted more than 80 migrants, who tried to reach the shores of the United Kingdom by thr boat across the English Channel, Report informs citing the RIA Novosti.

By the information provided by the Interior Ministry of the country, newspaper informs that a total 86 migrants were detained by the customs, which is a record number. a total of one day customs detained 86 migrants, which is a record. Citizens of eight countries – Iran, Iraq, Turkey, Afghanistan, Pakistan, the Philippines, Vietnam and Ethiopia – swam across the English Channel in six boats. Moreover, two groups of migrants made it to beaches in East Sussex without being intercepted at sea.

Since the beginning of the year, 1,256 people have arrived in Britain by sea.