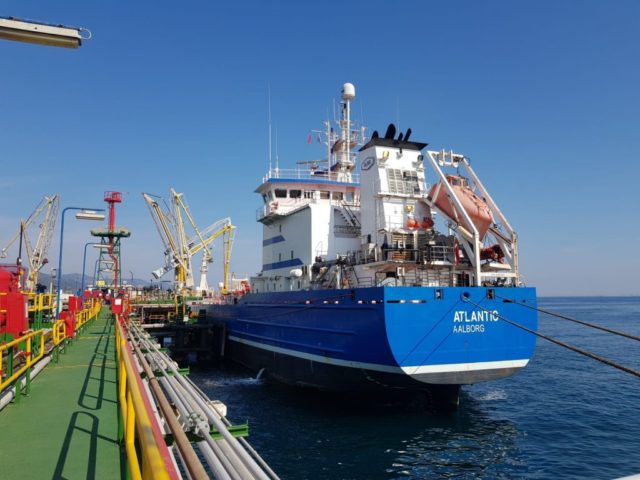 Italian refiner Saras is introducing bunkering services at the Italian ports of Sarroch and Cagliari.

Starting from September 1, bunkering operations would take place at specific dedicated areas of the ports with the refiner offering a complete range of marine fuels, including a very low sulfur fuel oil that meets the incoming IMO 2020 specifications.

The company said the service was offered to meet the needs of ships arriving and departing from the above mentioned ports as well as to offer further supply options to the ships that pass along the Sicilian Channel and the Tyrrhenian Sea.

Refueling will be conducted with the 5,142 cbm tanker Atlantic, with commercial activity being carried out by the 2015-established Saras Trading SA, a Geneva-based company wholly owned by Saras.

According to a Reuters report, the company is also building a ship-refueling terminal at its Sardinia plant from which fuel for the current bunkering service will be sourced.

Saras noted that by introducing the bunkering offer, the Port of Cagliari would be provided a service not available until now.