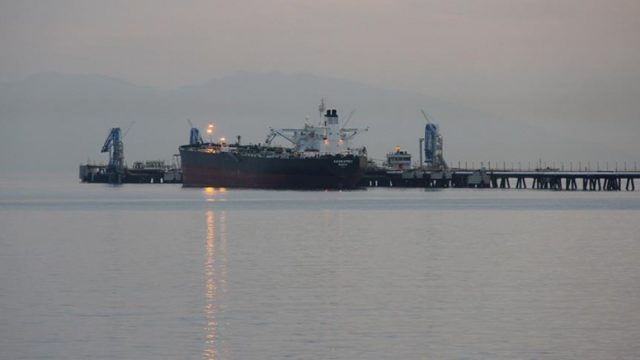 U.S. officials say they are unsure whether an oil tanker towed into Iranian waters was seized by Iran or rescued after facing mechanical faults as Tehran asserts, creating a mystery at sea at a time of high tension in the Gulf, reports Trend citing to Reuters.

The MT Riah disappeared from ship tracking maps when its transponder was switched off in the Strait of Hormuz on July 14. Its last position was off the coast of the Iranian island of Qeshm in the strait.

Iran says it towed a vessel into its waters from the strait after the ship issued a distress call. Although Tehran did not name the vessel, the Riah is the only ship whose recorded movements appear likely to match that description.

A U.S. official, speaking on the condition of anonymity, said it appeared that the tanker was in Iranian territorial waters, but it was not clear whether that was because Iran had seized it or rescued it.

The mystery comes at a time when Washington has called for greater security for ships in the Gulf.

Iran has threatened to retaliate for the British seizure of an Iranian oil tanker accused of violating sanctions on Syria. Iran’s Supreme Leader Ayatollah Ali Khamenei has branded the British action “piracy”.

The United States has also blamed Iran for attacks on tankers in the Gulf since May, which Tehran denies.

Shipping experts say U.S. sanctions on Iran intended to halt its oil exports have led to a rise in unusual tanker movements away from shipping lanes, with Iran seeking covert ways to export its oil. Increasingly, ships are switching off location transponders, transferring oil at sea and concealing their routes. Iran has also become more dependent on a fleet of ageing ships, and some have had to be towed for emergency repairs.

Adding to the riddle of the missing ship was difficulty establishing who owns it, which no country or company has so far publicly claimed. Initial reports described it as Emirati. However, an Emirati official told Reuters the tanker was neither owned nor operated by the UAE.

The tanker’s registered manager is Prime Tankers in the UAE. That company told Reuters it had sold the tanker to another UAE-based company, Mouj al-Bahar. An employee at Mouj al-Bahar told Reuters that the firm did not own it but had been managing the vessel up to two months ago, and that it was now under the management of a company called KRB Petrochem. Reuters could not reach KRB Petrochem for comment.