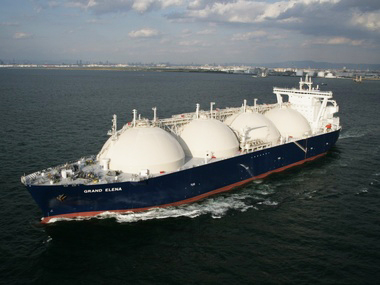 “One of the main priorities of this Cabinet in the energy sector is the diversification of sources and routes of gas deliveries … One week after starting the construction of the Greece-Bulgaria inter-connector, natural gas from the US will enter into the Bulgarian gas grid,” Petkova said in a statement.

The gas will be shipped using the existing link to Greece, but the expanded inter-connector will allow Bulgaria to ship larger quantities of gas from Greece, both from Azerbaijan starting next year and from the proposed second Greek LNG terminal at Alexandroupolis, in which Bulgarian grid operator Bulgartransgaz plans to take a minority stake, expected to be 25 percent.

Dutch trading company Kolmar was contracted to deliver the two shipments and has lodged a letter of intent with Bulgaria’s Energy Minister, offering to sign a contract to deliver 500 million cubic metres of LNG over a period of five years, to be traded on Bulgaria’s future Balkan gas hub, Petkova said.

Petkova said that the two LNG shipments were acquired at “competitive prices”. According to Bulgargaz executive director Nikolai Pavlov, the purchase allowed the company to save 15 million leva (about 7.7 million euro).