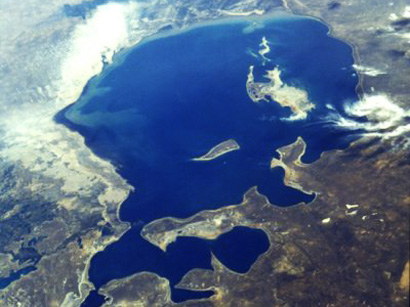 A resolution on cooperation of the UN with the International Fund for Saving the Aral Sea (IFAS), initiated by Turkmenistan, was unanimously adopted during the 73rd session of the UN General Assembly, Trend reports referring to Turkmen Foreign Ministry.

Twenty-one countries cosponsored the resolution. Noting that the issue of preserving the Aral Sea is of global importance, Turkmenistan has consistently advocated uniting the efforts of the global community to resolve this environmental crisis, the source said.

During its chairmanship in IFAS in 2017-2019, Turkmenistan initiated the development of the UN Special Program for the Aral Sea Basin. According to the provisions of the adopted resolution, the need of further improving the activities of IFAS for strengthening regional cooperation was noted.

The document also stressed the importance of developing and effective implementing regional programs for environmental protection in order to achieve sustainable development in Central Asia, including programs aimed at assisting the countries of the Aral Sea basin.

Established in the 1990s with the founding of Kazakhstan, Kyrgyzstan, Tajikistan, Turkmenistan and Uzbekistan, the IFAS is aimed at financing joint projects and programs to save the Aral Sea and improve the environmental situation in the Aral Sea region. In December 2008, IFAS was granted an observer status in the UN General Assembly.

Turkmenistan is affected by the problem of the ecology of the Aral Sea. It is most noticeable in the country’s northern Dashoguz Region, where problems have arisen with the provision of drinking water, the fight against salinization of cultivation lands, land degradation and desertification.