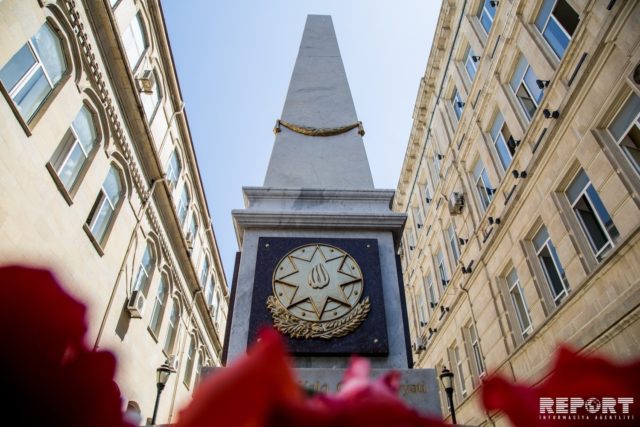 Report informs that 101 years have passed since the establishment of the Azerbaijan Democratic Republic, the first democratic secular state in the Muslim East on May 28, 1918.

Notably, Republican Day is celebrated as a national holiday since 1990.

The Russian Empire collapsed during the February Revolution of 1917. The national movement of the peoples that were oppressed by Tsarist state in the country began. On May 28, 1918, the Azerbaijan Democratic Republic (1918-1920) – the first secular democratic state founded in the Muslim East. This is the first experience of the Azerbaijani statehood in the historical memory of Azerbaijanis.

Azerbaijan Democratic Republic founded by Mammad Amin Rasulzade was the example of the first parliamentary republic in the Turkic and Islamic world and the first democratic, legal and secular state.

The independent Azerbaijan Republic has achieved great successes and victories during its short life. Among the important accomplishments of the ADR was the extension of suffrage to women, making Azerbaijan one of the first countries in the world, and the very first majority-Muslim nation, to grant women equal political rights with men.

The Soviet Union invaded Azerbaijan on 28 April 1920. Though the idea of independence was not defeated, and in 1991, after the collapse of the Soviet Empire, Azerbaijan again declared its independence.