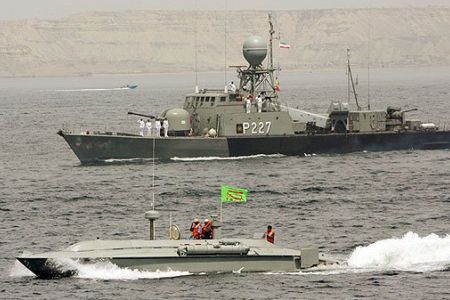 After the arrival of a large number of American offensive weaponry and equipment in the Persian Gulf region, everyone is wondering: is this a preventive measure, act of intimidation or preparation for a real strike against Iran? Maybe, there is a little bit of each.

The White House has drawn red lines, which, if crossed by Iran, will trigger military response from US. This can happen if Tehran attacks American troops or its allies in the region, in the event of the closure of the Strait of Hormuz, and in the case if Iran speeds up the development of nuclear weapons.

Both sides say they would not like a military solution. President Trump expressed the opinion that Iran will soon seek to start negotiations with him due to Trump’s strong policy in the Middle East. “I am sure that Iran will want to talk soon,” Trump tweeted on Wednesday, May 15.

However, this does not exclude that the US will not continue to increase the degree of economic pressure on Iran, provoking it in parallel to make a reckless move.

So far, all the sanctions and punitive measures taken by the US against Iran have been very painful, but not fatal. A real pre-war situation, which will become unbearable for Iran, may occur if the US begins to block passage of Iranian vessels in their way out from the Persian Gulf into the high seas, that is, to imposes embargothe departure of goods from Iran’s key ports.

Iran has the biggest fleet in the Middle East, and its maritime transportation accounts for about 85 percent of Iran’s trade, according to the country’s own data. Iran’s Ports and Maritime Organization managing director Mohammad Rastad said that despite the US moves to limit Iran, over 265 million tons of goods were exported, imported or transited from the Iranian ports last year.

All Iranian ports (except for the port of Chabahar) are located in the Persian Gulf. The US warships will only need to control the outer side of narrow neck of the Strait of Hormuz to force Iranian ships to turn back and go home.

Given the US tactics to build up the pressure by stages, it may be a partial blockade first, concerning only oil tankers under the pretext of a program on zeroing Iranian oil exports, since Iran has started to use the “grey market” to continue the supplies to the world market, according to senior officials from Iran’s Ministry of oil.

If the world swallows this, then, at the next stage, the US Navy can commence blocking the passage of large-capacity bulk vessels or containerships under various pretexts.

Under international law, the blockade is an act of war. In order not to frighten the world community with the term “blockade”, the US can declare theStrait of Hormuz a “quarantine zone”, as it happened in October 1962, when 180 US warships imposed a naval blockade all around Cuba.

Furthermore, Washington can set up the naval blockade under the eternal and infallible pretext of “protecting national security” of the United States and its allies in the region, justifying its actions by ‘bad behavior of Iran’, which has been heard a hundred of times.

Even a partial stoppage of Iran’s seaborne trade will most likely lead to what the US has been long wishing for – Iran crossing the “red line.” 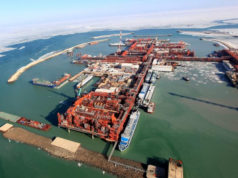 Caspian Sea Oil Fleet Recognized as the Best Institution in 2018 to Create Healthy...