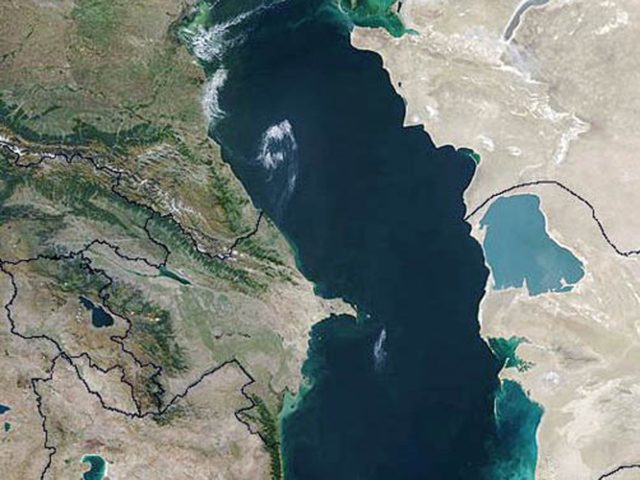 One of the topics of discussion was cooperation in the Caspian.

“By implementing a foreign policy based on the principles of positive neutrality, good neighborliness and equal cooperation built on the balance of national and common interests, our country is for developing constructive partnership in the Caspian — both in a bilateral and a multilateral format”, said the Turkmen head of state.

The topic of the upcoming 1st Caspian Economic Forum, which will be held on August 12 in Turkmenistan’s Awaza, was also touched upon during the meeting. Berdimuhamedov noted that the forum will facilitate the exchange of views on the implementation of the agreement between the governments of the Caspian states on trade and economic cooperation, along with cooperation in transport, which were signed following the 5th Summit of the Heads of Caspian Littoral States.

Prospects for cooperation in the fuel and energy sector, where there are ample opportunities in the context of the favorable geographical position and the huge resource potential of both countries, were also discussed.

These factors justify an effective partnership in ensuring energy security, which is a pressing issue of our time, the TDH notes.

Furthermore, an exchange of views took place on the prospects of cooperation in key areas, including transport and communication.

The two countries have accumulated a lot of experience working together. These include projects both implemented and planned, including the Kazakhstan-Turkmenistan-Iran railway, as well as the creation of an international Uzbekistan-Turkmenistan-Iran-Oman corridor, which is intended to contribute to increasing trade and economic cooperation between Central Asian and Middle Eastern states.

Turkmenistan and Iran border on the Caspian Sea and have a long land border. Over the years of long-term cooperation, they have implemented a number of large-scale joint projects. In addition to border gas pipelines, the Dostluk (Friendship) dam was built with joint efforts of both countries.

As of February 1, 2018, 89 investment projects have been registered in Turkmenistan with the participation of Iranian companies, the total value of which makes up $1,310.95 million, 0.8 million euro and 0.81 million Turkmenistan manats (TMT).

According to the Ministry of Finance and Economy of Turkmenistan, there are 142 enterprises of various forms of ownership with the participation of Iranian capital, including limited partnerships, subsidiaries, representative offices, and branches.