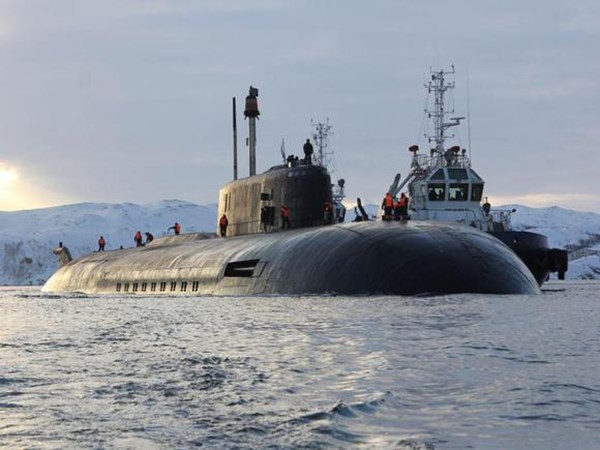 On April 23, the special-mission nuclear submarine Belgorod of Project 09852 was launched in the Sevmash Shipyard, located in Severodvinsk, reports TASS.

The submarine Belgorod is the largest submarine in the world and is based on the Project 949A Antey. This vessel will be the first carrier of Russian strategic autonomous unmanned underwater drones Poseidon.

There is still very little known about the technical characteristics of the Belgorod submarine. The vessel was laid down in 1992. During the completion and redesign works, the length of the original submarine increased from 154 to 184 meters. This is 11 meters longer than the Project 941 Shark submarines, which were considered the largest in the world. Further works on the submarine will continue on the water. The reactor and mooring tests are planned to be held in 2019.

According to the Chief of Staff of the Navy, Andrey Volozhinsky, the new submarine is guaranteed to ensure Russia’s safety.

In turn, the underwater drone Poseidon is able to carry a nuclear warhead and develop high speed underwater, while moving between continents.