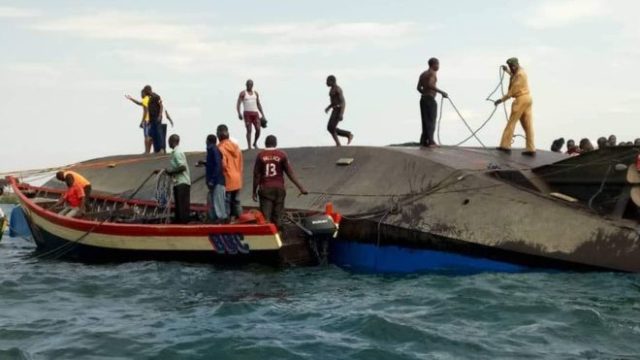 About 150 people are missing after a boat sunk on a lake in eastern Democratic Republic of Congo, President Felix Tshisekedi said on Tuesday, reports Trend citing to Reuters

“I am very saddened by the shipwreck of a pirogue on (Monday) April 15 on Lake Kivu. The provisional toll is 150 people missing,” Tshisekedi said on his office’s Twitter account.

He said three bodies had been recovered, 33 people had been rescued and another 150 passengers were missing.

Tshisekedi said he was following the situation closely “in order to identify and sanction those responsible”.

Deadly boat accidents are common in Congo, a vast, forested country which has few roads outside of major towns and where boats are frequently loaded well beyond their capacity.