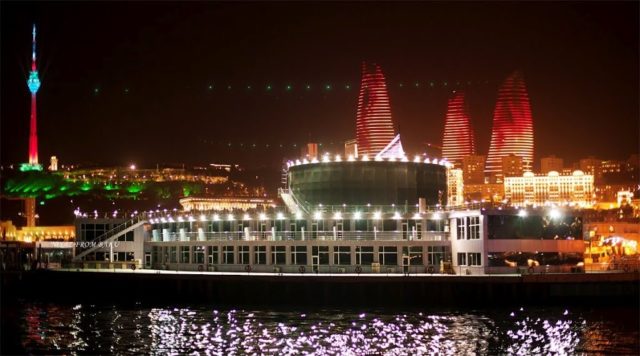 There is much more to Azerbaijan than energy security and security corridors for Afghanistan. Azerbaijan has never been dubbed as either overly pro-western or pro-Russian. Ironically, this pragmatic neutrality plays out well for both American and Russian interests and stability in the South Caucasus. By virtue of its geography, political pragmatism and its responsibility as the Eurasian transportation and energy hub, Azerbaijan has so far managed to maintain constructive ties with both Russia and the West. However, positive momentum, stability and continuity cannot be taken for granted without adapting to new threats. Azerbaijani public opinion and government sentiments have recently been reflecting the need for changes. ‘Reform’ is becoming a buzz word in Azerbaijan’s mainstream media and government official speeches. Public sector institutional, economic and tax reforms are currently underway. The introduction of the new generation of western-educated officials has brought new ministers and other high-ranking officials.

It is important to look at Azerbaijan beyond its energy as well as hard security values into institutional, economic reforms and fresh new faces in the top management. Economic and institutional reforms are inevitable for a number of reasons. The institutional capacity of the public sector is key to attaining sustainable economic growth, fighting corruption, shadow economy, effectively honoring international political, economic obligations and the government’s fulfilment of its role as public goods provider. Rapid growth of internet penetration, growing population and a sharp drop in oil prices have ambushed the country which had been energy-dependent. The need to diversify the economy and more adequately address demands of the young internet-savvy generation, the government needed a swift but carefully calibrated reform strategy. Reforms also aim at meeting the demand arising from the introduction of new strategic transportation, energy and agricultural projects where Azerbaijan plays a central role. Most U.S. administrations have been relying on the Power, Principles, Prosperity and Peace paradigm in crafting their foreign policies. Access to markets, democracy, security and stability were the cornerstone of this framework. Changes in Azerbaijan that are underway go beyond traditional energy and hard security and encompass a whole range of economic and institutional reforms that fit well into the grand-strategic approach of the US foreign policy apparatus. This doesn’t, however, mean that the US should drop its continuing interest in traditional areas for Azerbaijan. Azerbaijan’s key role in hard security and energy security has had several components that are still vital. There are three major oil and gas pipelines in the region that run through the 60-mile-wide Ganja Gap: the Baku-Tbilisi-Ceyhan pipeline, which carries oil to the Mediterranean port of Ceyhan in Turkey, the Baku-Supsa pipeline, which carries oil from the Caspian Sea to the Black Sea; and the South Caucasus pipeline, which runs from Azerbaijan to Turkey, and which will soon connect with the Southern Gas Corridor to deliver gas to Italy and then to the rest of Europe. The military campaign in Afghanistan has also proven how important the Ganja Gap is for re-supplying U.S. and NATO troops.

An effective American foreign policy also requires growth, stability and an increasing tilt towards openness. A careful look into changes in Azerbaijan can bring the country to a completely new vantage point.

One of major breakthroughs was ASAN service winning the 2015 United Nations Public Service Award. It is a new generation advanced model of a one-stop shop for most public services. It joins representatives of various government agencies and private companies in one place. Its activity is based on the rule of law, transparency, accountability and efficiency. ASAN service management and its staff are fully comprised of young men and women, with a deliberate gender equality, high-tech, deep analytics, corruption-free and citizen satisfaction at the core of its corporate culture. Recent World Bank Doing Business report ranked Azerbaijan #25, a major leap forward from #57 last year. Tax reforms in Azerbaijan have encompassed a whole range of issues. The newly appointed minister of taxes, Mikayil Jabbarov, is an American-educated lawyer and a member of the New York Bar Association. Tax reforms introduced in Azerbaijan target shadow economy and tax evasion including but not limited to enforcing the use of electronic cashiers, blockchain technologies, coordinating interagency cooperation to boost instant payment methods etc. Establishment of a Tax Ombudsman in Azerbaijan is another measure intended to reduce litigation and improve compliance. To more effectively administer tax policy, the ministry, along with other government agencies is introducing machine learning tools for audit checks, risk identification and taxpayer services. The need to boost SMEs (Small and Medium Size Enterprise) in Azerbaijan has been a hot topic after the oil price drop in 2015. SME support agency has been set up as a result.

Diversifying the economy away from energy dependency brought transportation, tourism and agriculture sectors into the fore. New Baku International Sea Trade Port (also known as Port of Baku) is located 70 kilometers south of downtown Baku near Alat township. It aims to become an engine of economic growth for coming decades. Located at the strategic crossroads of Europe and Asia and nearby the sizeable markets like China, Turkey, Iran and Russia, the Port of Baku is poised to become the leading trade and logistics hub of Eurasia. For centuries, it had served as a link between East and West, alongside the ancient Silk Road. The revival of New Silk Road and the developments around China’s “One Road, One Belt” strategy aiming to link China and Europe via land has increased the significance of the Port of Baku.

Uniqueness of the Port of Baku is not only in the fact that its being operated with state-of-the-art technology and equipment. It is the proposed business model that makes it an exciting project of the 21st century. It embraces Alat Free Economic Zone aimed at production and provision of the value added services in the port’s territory. With zero tax and custom fees, AFEZ legal regime will protect the interests and investments of international players, similar to the legal frameworks found in Hong Kong, Singapore, Dubai and London, and will enable to create a unique business-friendly ecosystem lacking in the region. “We want a container from Europe or Asia to arrive at our port and the semi-manufactured goods inside the container are taken out and finalized in our free zone before they are re-exported or stored to serve the region of 130 million consumers,” says Dr. Taleh Ziyadov, Director-General of the Port, Georgetown University alumnus and Cambridge University PhD holder.

New and innovative technologies are being applied to social security and labor ministry with its US and western-educated top management. Another of the major reforms of the ministry of social security and labor is the introduction of innovative, one-shop DOST centers for providing citizens with social security, labor, pension and career services in various regions of the country. This is an inclusive center that will also cover services for war veterans, handicapped people, unemployed people and retirees. Innovations have been introduced within the ministry of agriculture as well with its Sorbonne-educated minister Inam Karimli and in the media industry with more openness and political participation. The President has issued a decree to set up a new international relations think tank with Harvard-educated former ambassador Farid Shafiyev as its director. The list of new key ministers and public agency directors is long and ongoing.

The key value of these reforms for US-Azerbaijan bilateral relations is political stability, citizen satisfaction, economic growth and economic freedom that leads the country towards more openness and transparency. A new generation of top managers educated in the West and/or experienced working with international partners is another milestone for a better dialogue with the West. There is definitely a long way for Azerbaijan to go in reforms but the current trend is certainly promising. Judicial reforms are next in line according to the president of Azerbaijan Ilham Aliyev, which will be crucial for strengthening the rule of law in the country.

It is important for bilateral US-Azerbaijan relations that Azerbaijan retains its strategic equidistance from the US and Russia. Azerbaijan is home to the vital energy, transportation and security projects mentioned above. Its international and regional projects span across east-west and north-south directions that encompass Europe, Iran, Russia, China and the Greater Middle East. The Azerbaijani economy has been vulnerable to energy price shocks and according to the president Ilham Aliyev, Azerbaijan is currently on its way to fine-tune its institutions to adapt to new economic realities. Any swift foreign policy changes can spur the spiral of political consequences that put regional, domestic and international projects at risk. Azerbaijan’s value is in its pragmatism and focus on sovereignty. Historical ties and institutional memory with Russia on the one hand and a new generation of top managers with western background on the other hand turns Azerbaijan into a vital asset in the entire former soviet space to effectively work with both sides. Its pragmatic policy choices include not only international projects but also address domestic concerns on bringing more accountability, sustainability, growth and civic control over public affairs.

There is still enough room for improvement but the process has been showing some results. The US needs to enlarge its criteria set of assessing Azerbaijan’s strategic importance and see changes for adequately engaging the largest country of the South Caucasus.

In the photo: Baku, Azerbaijan/Adobe Stock

Disclaimer: The opinions expressed in this article are the author’s own and do not reflect the view of the Caspian Policy Center.