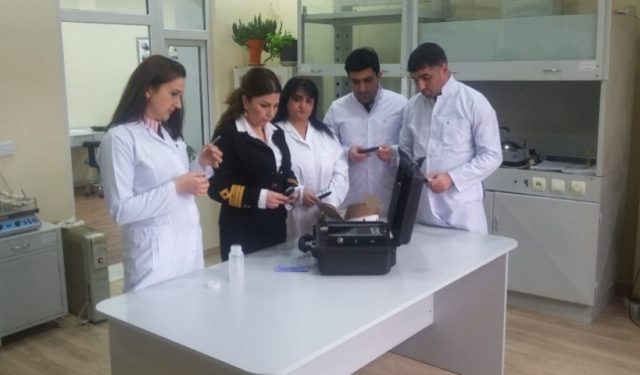 By asco.az Azerbaijan Caspian Shipping Company (ASCO), takes rigorous measures with respect to divers in order to ensure their health and safety.

One of the factors adversely affecting the health of the divers is the increase of partial pressure of carbon dioxide in mixture of breathing gas during diving. In order avoid these negative cases during diving operation, it is necessary to check the composition of air discharged from compressors into balloons of breathing equipment used by divers.

Since it became necessary, ASCO has purchased “Drager Aerotest 5000” made by German company in order carry out such analysis. In addition, the experts invited from Turkey conducted theoretical and practical trainings titled “Analysis of air discharged from compressor using the “Drager Aerotest 5000”. The participants of the training were awarded special certificates.