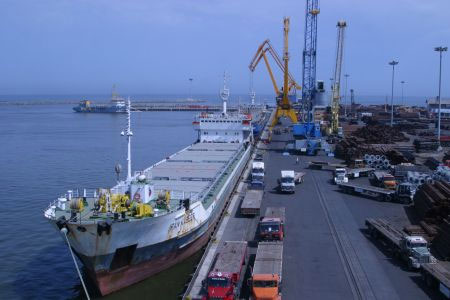 The export of goods from Iran’s Kermanshah province to Iraqi Kurdistan has increased by 51 percent over eight months of this Iranian year (started on March 21, 2018), chairman of the Chamber of Commerce, Industries, Mines and Agriculture of Kermanshah Province Keyvan Kashifi said.

The trade turnover between Iran and Iraq is increasing, Trend reports refering to IRNA.

Relations are being intensified despite the US sanctions, he added.

Many important and strategic issues are expected to be solved. Transit between Iraqi Kurdistan and Iraq should be developed. At the same time, Iran and Iraq have a big joint market called Syria. This market is of great importance for Iran, Kashifi said.

Presently, Iran is interested in sending its products to Syria via Iraq because now this route passes through Turkey and requires additional time and extra costs. Iran hopes that transport and visa issues will be solved within the next few months, he added.

Two million people live in the province. The non-oil products worth over $2 billion are exported from the province a year. Kermanshah province has a 371-kilometer-border with Iraq.