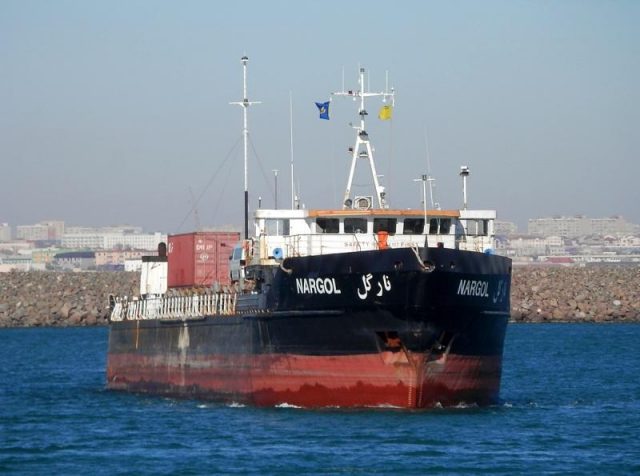 The operation to rescue the Nargol ship has ended and the ship was transferred to a port, Trend reports as IRNA cited Deputy Director for Maritime Affairs at Ports and Maritime Organization of Iran Hadi Haghshenas.

“The cargo vessel was moving from Astara to Baku, where it had technical problems on its departure from the port. Water leaked in the rear end of the ship,” he said.

“Rescue teams in Bandar Anzali were sent to the area with pumps to drain the water and a towing vessel to transfer the ship to the port.”

“Fortunately, the accident did not affect any crew members,” he said.

The Nargol cargo vessel was carrying 2,000 tons of ceramics from Astara to Baku.

Nargol is a general cargo ship, built in 1987, currently flying the flag of Iran.