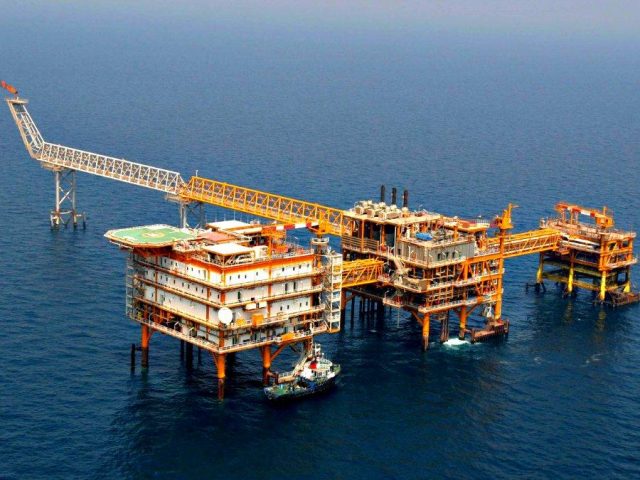 Production at the Iranian gas field South Pars, located in the Persian Gulf, is planned to be increased by 56 million cubic meters per day by the end of March 2019.

He noted that this would be a new record in Iran’s gas production from this offshore gas field, which Iran shares with Qatar.

“With the coming of the winter and the need to ensure stable and uninterrupted gas supplies to the country, the development of new gas fields is accelerating,” Meshkinfam added.

He reiterated that the two offshore platforms belonging to the 14th phase of the field will soon be put into operation, each of which will add 28 million cubic meters of gas per day.

Currently, Iran produces a total of 580 million cubic meters of sour gas per day from various phases of the field.

According to the International Energy Agency in 2016, Iran ranked third in the world, having produced 190 billion cubic meters of natural gas.

The South Pars gas field is one of the common Iranian fields with its neighbors, and the world’s largest purely gas field, which is located in the border area between Iran and Qatar in the waters of the Persian Gulf. This oil and gas field is capable of providing the necessary energy for 10 percent of the total population of the planet.

This supergiant oil and gas field, which is called the Northern Dome in Qatar, is located on an area of 9,700 square kilometers and contains approximately 8 percent of the total gas resources of the world. The 3700 square kilometers of field is located in the territorial waters of Iran, which contains about half of the country’s total gas resources. This part of the South Pars field contains 14 trillion cubic meters of natural gas and together with 18 billion barrels of gas condensates. Iran daily extracts more than 500 million cubic meters of gas from this field to meet the growing demand for natural gas, for entering oil producing wells, for producing liquefied natural gas, and for export, as well as for supplying gas condensates as raw materials for petrochemical complexes.